John Williams to score Ready Player One (and next Star Wars, hopefully) 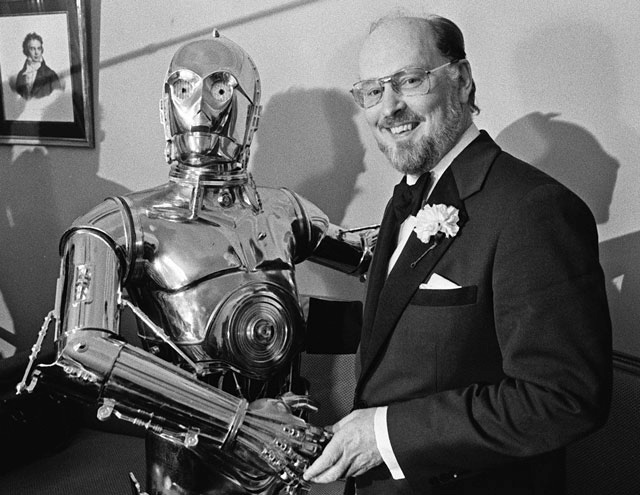 Celebrated film composer John Williams, 84, who scored Star Wars, the Indiana Jones films, E.T., and so many more, says that he will be writing the music for Steven Spielberg's "Ready Player One," based on the marvelous 2011 novel by Ernest Cline. After that, it'll be time to return to a galaxy far, far away to score the next Star Wars film.

“If I can do it, I certainly will. I told (producer) Kathy Kennedy I’m happy to do it, but the real reason is, I didn’t want anybody else writing music for Daisy Ridley,” he told Variety.

Last night, Williams received the American Film Institute’s Life Achievement Award, the first given to a film composer in the award's 44 years.

The premise for AMC's Geek Out (working title) sounds fun. The pilot will be hosted by Ernest Cline, author of Ready Player One, one of my favorite science fiction novels.

Geek Out will feature Cline and his co-host as they pay it forward by traveling the country and surprising obsessed fans. Whether it be the guy who turned his apartment into an exact replica of the Starship Enterprise, the comic book fan whose body is covered in X-Men tattoos, or the suburban mom whose entire house is overflowing with Twilight memorabilia, it explores why that person is a super-fan and offers the surprise of a lifetime when the fan is given an awesome, otherwise unattainable experience related to their obsession.

That was fast! It looks like Tom B has passed the first of three portals on his way to winning a restored DeLorean in the Ready Player One competition. To find out more, listen to today's Gweek podcast.