Former Pittsburgh radio personality T.J. Lubinsky is selling his home, about a half-hour outside the city in Gibsonia, Pennsylvania.

I'll be honest, I've never heard of this guy. But apparently he has quite a resume. Which I guess is how he and his wife Wenday were able to build this absurdly palatial estate with 14 bedrooms, 10 bathrooms, a "waterfall poolside oasis" with a custom Lilliput playhouse for the kids, and—oh yeah, a two-story replica of the Heinz Chapel as well as a replica of the private study from the 1966 "Batman" show, complete with sliding bookcases, a red phone, and Batpoles.

It also contains replica rooms based on "the Queen’s residence next to the Ritz London" and "the Hotel Del Coronado in California." Did I mention that the whole design is based on Newport's Seaview Terrace/Carey Mansion, which was used as the exterior shots for Collinwood Manor in the classic vampire soap opera "Dark Shadows?"

While I personally couldn't afford the $3.5 million it would cost to buy this place, but all things considered, I think that's actually a pretty reasonable price for it. 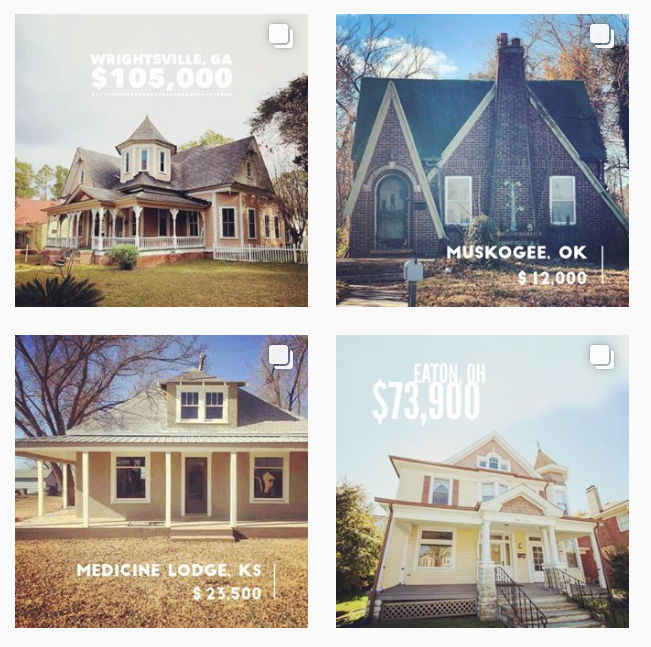 Cheap Old Houses is one of my favorite Instagram accounts. The folks behind it scour real estate listings around the U.S. to find and showcase cool old homes being sold at ridiculously inexpensive prices, i.e. real estate pR0n. Sure, most of the houses are in places I'd never move to or they are "major fixers" but they're all under $100K. Well, it seems that the feed is becoming too popular, as evidenced by this PSA they released on Friday:

I have a public service announcement to make! (haha and no, I’m not going to stop posting 😉) I started this feed as a service to gather together a community of people who love and respect older homes that have been neglected and need TLC. I’m super proud of all the homes I’ve helped land in the hands of people who truly love them. That said, the feed has gotten more wildly popular than I could ever have imagined! Although (at least to my knowledge), no one has yet gotten into a bidding war because a house was posted on this feed, I do fear that it could happen. Please, PLEASE do me a favor: If you are planning to look at a house that is for sale for under $100,000 and have serious intentions to buy it, and if I haven’t already posted it, PLEASE send me a message and let me know and I will NOT post it! 💛💛💛 Thank you!!!!

Here are some examples of these cheap old homes: