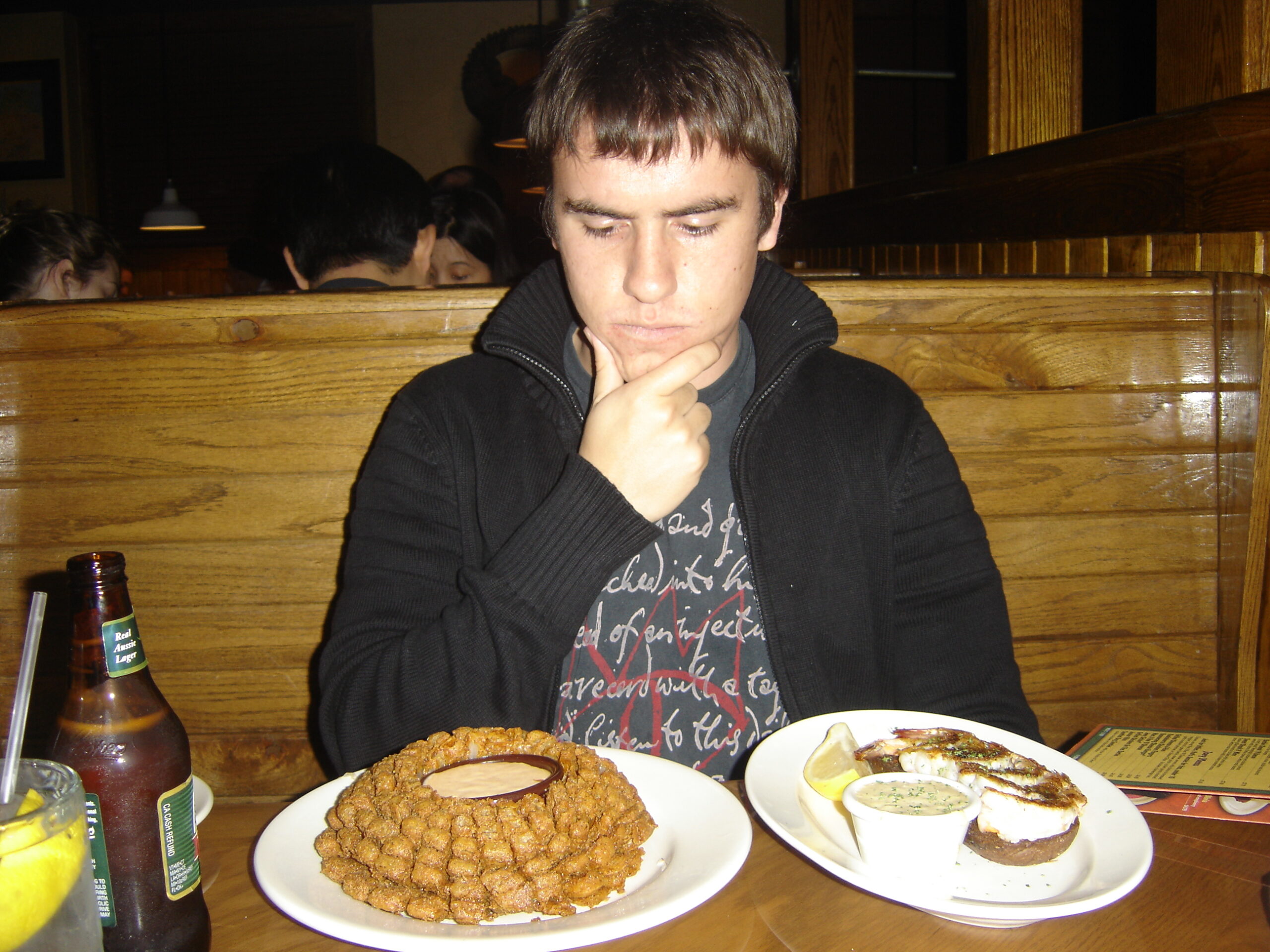 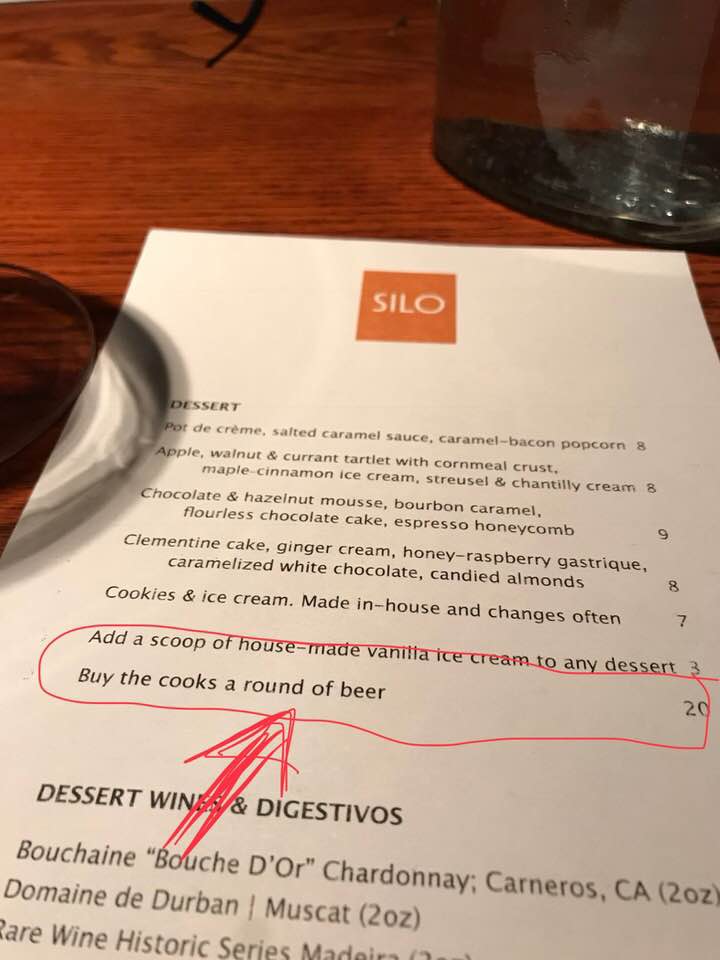 My dear friend Jenny Slater was in Nashville Wednesday. She dined with her new work team at SILO, an upscale eatery in the Germantown neighborhood.

That's where they spotted an unusual offering on the dessert menu. They saw that, for an additional $20, they could "buy the cooks a round of beer."

She wrote me, "I am lucky enough to eat in a lot of different restaurants, and this was a new one for me! (And yes, the food was amazing, and yes, we kicked in the $20!)"

I had to know if the restaurant acknowledged it in some way. I mean, adding an extra $20 to your bill is not exactly chump change.

We were chatting in real time, so at first she said there was "no acknowledgement yet, but they're busy." Then, a few minutes later, she exclaimed, "They cheered loudly!" and then "We're seated at a big table near the open kitchen, so it was a nice little celebratory moment!"

I did a little digging around and apparently this is a thing. A 2011 article in Kansas City's alt-newspaper The Pitch describes the practice:

Matt Hyde, the manager and co-owner of 715, says his business partner, executive chef Michael Beard, got the idea to add the option of tipping the kitchen crew with beer from the Publican in Chicago -- one of the several restaurants around the country featured in yesterday's Inc.com article by Clarissa Cruz on this very subject.

There are some rules to the practice at 715, Hyde says: "The kitchen crew isn't allowed to drink while they're working, of course," he says, "and we have a policy that they can only have two beers after their shift in the restaurant.