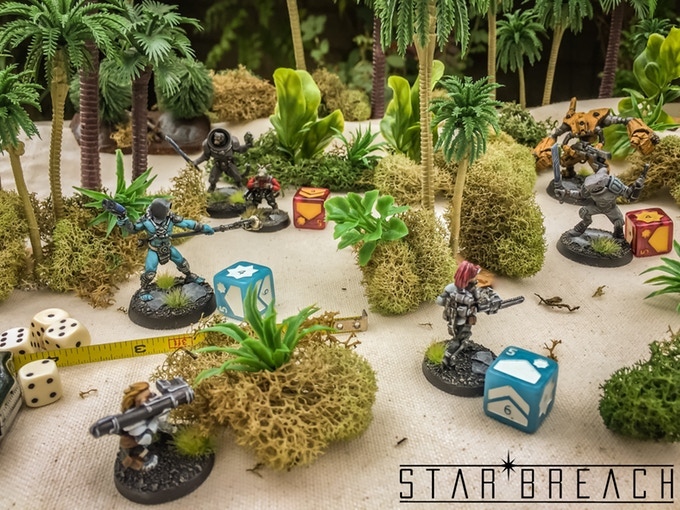 One of the coolest, most impressive games I was introduced to last year was Wild in the Streets, a free-rules punk, goth, and metal miniatures skirmisher from Slow Death Games. Slow Death has upped the ante on awesome with their latest project, Star Breach. Like WITS, this "multiverse" narrative-style skirmish game has free and simple downloadable rules [PDF] and is miniatures agnostic.

In this play-through video, Gaminggeek discusses his quest for the perfect sci-fi skirmish rules and explains why he thinks Star Breach fits the bill. He ends up giving the game a 9 out of 10.

I have yet to play the game, but I love the straightforward approach to the rules and the ability to play games within the worlds of 40K, Star Wars: Legion, Deadzone, Necromunda, Kill Team, etc, using an alternative rules set. Anyone familiar with these sci-fi universes will recognize "the Hive," "Legions of Mankind," "the Resistance," "the Dark Path," and other thinly-veiled versions of factions found in other popular sci-fi games.

Star Breach is currently on Kickstarter with a softcover rulebook and sets of special StarBreach dice. You can use regular d6 dice (it's a 2d6-based system), but the official dice are worth it. Read the rest