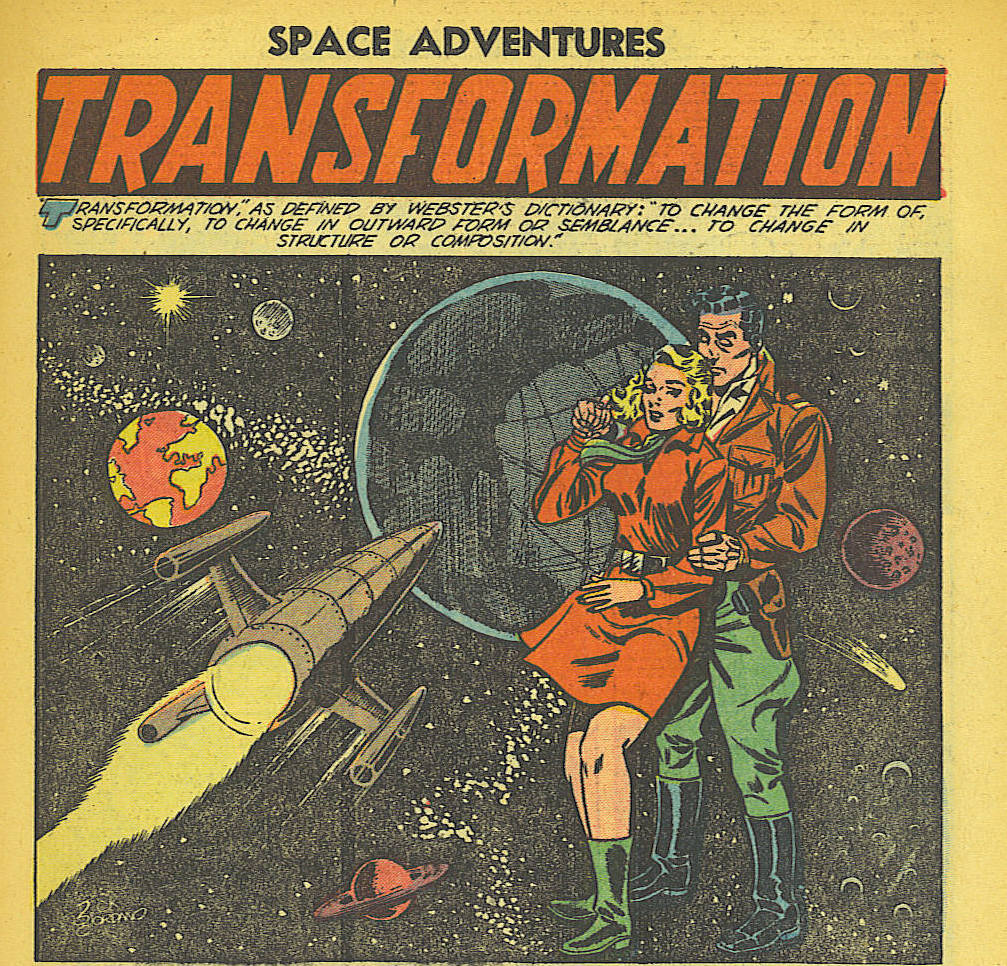 Anticipating nuclear war that would leave Earth barren of life, Lars Kranston convinces his colleagues to go to Mars. His paramour Betty Stone insists that she go as well. The ship crashes on Mars. Everyone but Lars and Betty are killed, but Lars thinks she died too. Betty wakes up suffering total amnesia. Lars decides to use the supplies that survived the wreck. He manages a complete sex change. The tumultuous situation on Earth dies down. The predicted war never occurs. Betty remembers the journey.

Behind the scenes at Saga

Hey, Brian K. Vaughan here with an exclusive excerpt for my friends at Boing Boing of the creator roundtable between artist Fiona Staples, letterer Fonografiks, and Image Comics publisher Eric Stephenson featured in the back of SAGA: BOOK ONE, a new hardcover collection of our first eighteen issues. As the writer, I have arguably the easiest job of any of my collaborators, but check out how much I whine and complain at the scripting stage of our twelve-step process...