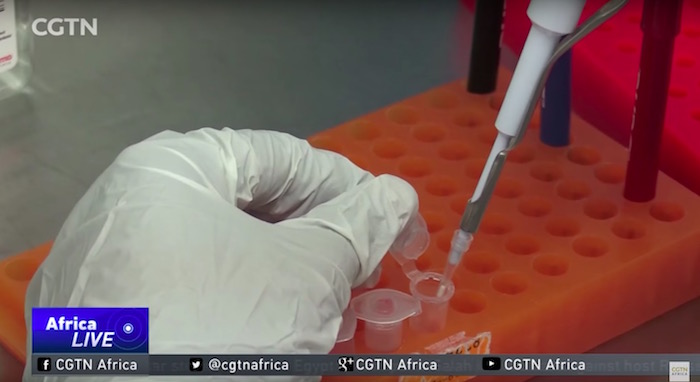 With all of the horrible things happening in America right now, it’s easy to become overwhelmed by the news and forget that there are other, equally terrible things happening elsewhere. Take Ebola, for example: it’s still a thing! Fortunately, it’s a thing being taken very seriously by very serious men and women at a research facility in the Central African country of Gabon.

According to AFP, an elite group of scientists staffing a heavily fortified level P4 isolation laboratory are working themselves raw trying to find a way to stop the deadly hemorrhagic fever-inducing disease in its tracks. Security at the facility is tight: only four people – three researchers and a technician – are allowed into the lab. The lab is part of a larger research facility called the Franceville International Centre for Medical Research (CIRMF).

Founded in 1979 by Gabon's late president Omar Bongo Ondimba to study national fertility rates, the CIRMF moved on to AIDS, malaria, cancer, viral diseases and the neglected tropical maladies that affect a billion people around the world, according to the WHO.

The centre is financed by the Gabonese state, whose main wealth is derived from oil exports, and gets help from France.

In all, 150 people work for the CIRMF and live on the huge premises. Its reputation draws scientists, students and apprentices from Asia, Europe and the United States, as well as Africa.