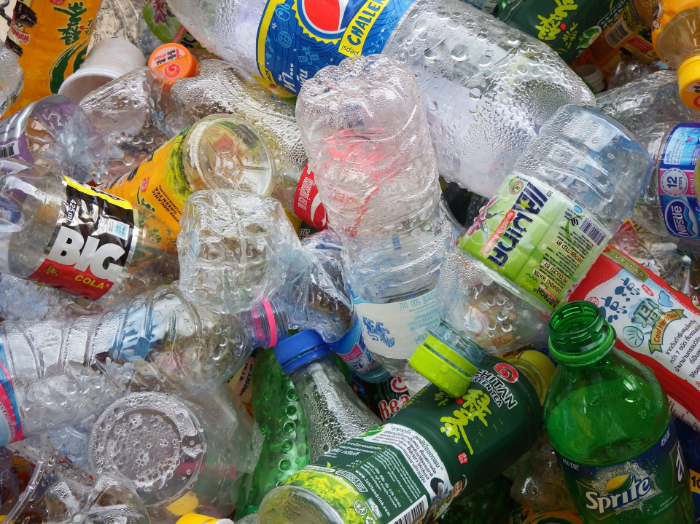 More often than not, the solutions for slowing the roll of our planet into an untenable ball of environmental disasters is right under our noses—protect green spaces. End the use fossil fuels. Recycle, repair or up-cycle the living shit out of everything we own or consume.

Also, be certain to check in piles of dead leaves for scientific breakthroughs.

A mutant bacterial enzyme that breaks down plastic bottles for recycling in hours has been created by scientists.

The enzyme, originally discovered in a compost heap of leaves, reduced the bottles to chemical building blocks that were then used to make high-quality new bottles. Existing recycling technologies usually produce plastic only good enough for clothing and carpets.

The company behind the breakthrough, Carbios, said it was aiming for industrial-scale recycling within five years. It has partnered with major companies including Pepsi and L’Oréal to accelerate development. Independent experts called the new enzyme a major advance.

Considering the fact that we've found plastic waste damn near everywhere we've gone looking for it, Carbios' breakthrough has the potential to become a huge deal in our fight to save our home.

While the enzyme only made its debut to the scientific community, this month, as a potential plastic-gobbling miracle, it was originally discovered back in 2012. Sometimes, it takes the scientific community a while to get traction. But, once they have their shit together (along with the support of our institutions, applicable laws and the cash they need in order to do their research) what can be achieved is, sometimes, astonishing. Read the rest