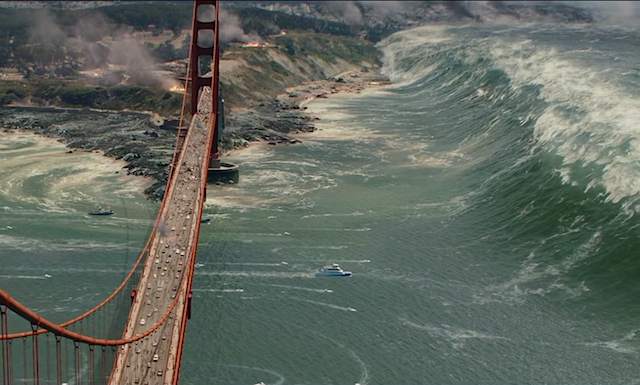 Seismologists guilty in Italy: More on the L'Aquila verdict, and what it means for the future of science

In a guest piece at Scientific American, David Ropeik argues that an Italian court's decision to charge scientists and a government official with manslaughter isn't about quake prediction per se, but a failure to communicate science effectively. Snip:

But, contrary to the majority of the news coverage this decision is getting and the gnashing of teeth in the scientific community, the trial was not about science, not about seismology, not about the ability or inability of scientists to predict earthquakes. These convictions were about poor risk communication, and more broadly, about the responsibility scientists have as citizens to share their expertise in order to help people make informed and healthy choices.

An editorial from Nature, a publication that covered the case extensively in 2011, echoes this sentiment. "It is important to note that the seven were not on trial for failing to predict the earthquake," but...

The verdict is perverse and the sentence ludicrous. Already some scientists have responded with warnings about the chilling effect on their ability to serve in public risk assessments.

Fracking and earthquakes: The real risk is injecting liquid underground

The National Research Council published a report today, reviewing and analyzing peer-reviewed literature, federal and state documents, data requested from private companies, and more ... all in an effort to better understand the link between earthquakes and natural gas fracking techniques.

Because this is the National Research Council, you can read the whole thing online for free. But here are the three key takeaways:

First: The actual process of hydraulic fracturing—injecting fluid into the ground to break rocks and release trapped natural gas—doesn't seem to come with a serious seismic risk. This process has been definitively linked to small earthquakes—no greater than 2.8 magnitude—at one location.

Second: Injecting wastewater from fracking back into the ground has a much more noticeable seismic effect. What's more, this effect goes far beyond fracking. Injecting liquids into the ground is part of advanced recovery for oil, conventional drilling for oil and gas, carbon capture and storage, and geothermal electricity generation. This should not be a surprise. We've known that human can induce small earthquakes since the 1920s and injecting large amounts of liquids into a space that previously didn't hold much liquid—what the NRC calls a fluid imbalance—is part of that. Read the rest

Tales of a great Pacific Coast earthquake passed down in legend

Last year, the Eastern coast of Japan was struck by a massive 9.0 earthquake and tsunami. Since that happened, you've heard researchers talk about how it was not the first time that region had experienced an earthquake that large. Although the 2011 Tohoku earthquake has been called the biggest earthquake in Japan's recorded history, that's really only describing the relatively short history of scientifically measured earthquakes. The Japanese have kept written records, describing earthquakes that sound as though they could have been every bit as destructive. And those records date back 1600 years.

But written records aren't the only way of preserving local memories, or warning future generations about the destructive power of the Earth.

Geologic evidence shows that North America's Pacific Coast has experienced earthquakes on the scale of the Tohoku earthquake. (In fact, the Pacific Northwest is probably due for one of these large quakes. It's not an "if", but a "when".) The last time it happened, nobody in the area was keeping written documents. Instead, the story of a massive earthquake and a devastating tsunami—which probably occurred around the year 1700—have become a part of oral storytelling traditions. Ruth Ludwin, a seismologist at the University of Washington, has been collecting these stories since the early 1990s.

"There was a shaking, jumping up and trembling of the earth beneath, and a rolling up of the great waters."

So says an ancient tale told to generations of Quilleute and Hoh Indians. Variations of this saga of an epic battle between the Thunderbird and the Whale are found among Pacific Northwest Tribes from Vancouver Island to Oregon's Tillamook tribe.