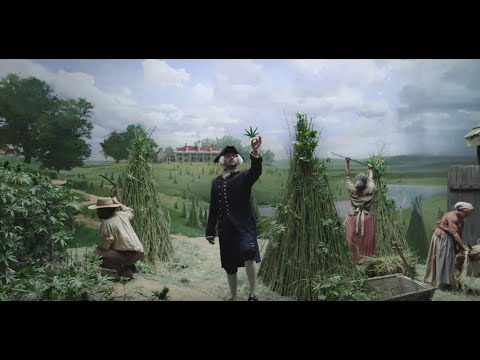 Trailblazing filmmaker Spike Jonze made this short film, titled "The New Normal," about how America's relationship to cannabis has changed from the days when George Washington grew hemp. Co-written and starring Jesse Williams, it's a commercial for MedMen Cannabis Dispensaries. From AdWeek:

"We had a desire to create a commercial with a profound message,” said (MedMen CMO David) Dancer. “Our core value is around ensuring that people can lead safe, happy, healthy lives with cannabis being a part of it. … Here we wanted to not only destigmatize and normalize but really, as you’ll see in the spot, highlight what has been unjust about the treatment of cannabis whether it is stop-and-frisk and unjust criminalization, whether it is this propaganda in Referer Madness, quite frankly leading to the Schedule One classification of cannabis as a federally illegal substance sitting next to heroin."

Dancer said (the film has) been in the works for roughly four months, adding that the company worked to make sure everyone involved with the spot had a tie to cannabis.

"The highly selective criminalization of one plant, with flagrantly harsher punishments for one community, must be acknowledged and left behind for something more reasonable, realistic and fair,” said Williams in a statement. “It’s pretty clear that Americans are ready to exist beyond a few inherited hypocrisies. We deserve the opportunity to make this right. We can do, and feel, better."