Where is Captain Cook's HMS Endeavor? Science can almost tell us! 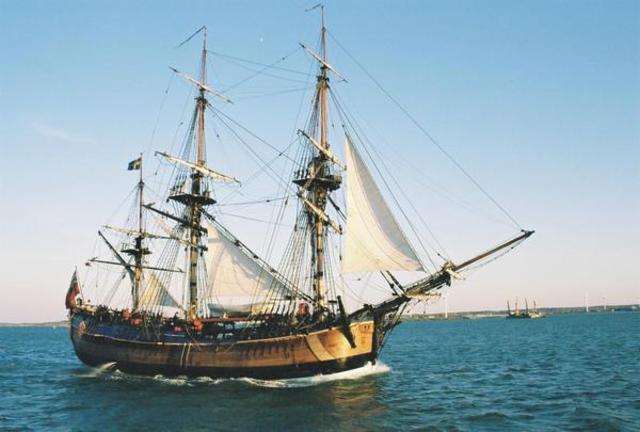 The once famed HMS Endeavor, Captain Cook's ship as he claimed Australia for the British, later renamed something boring and sunk as part of the Royal Navy's blockade of Newport, Rhode Island, has sort of been found! The British scuttled 13 ships to block the harbor, and research has shown a ship formerly known as Endeavor, was sank in a group of 5 recently identified wrecks. One of them is almost certainly Cook's ship.

Lead investigator Dr Kathy Abbass told Sky News: "We may have been looking right at her without even knowing it.

"The important thing now is to get the funding so that we can build the facilities to process and house all of the artefacts we must examine to prove which one of the wrecks is Endeavour".

"It takes time, money and effort at each step.

"Divers battle very poor visibility and lots of silt, which is hard to remove and risky to do, because it has essentially been protecting the wood of these ships for hundreds of years."

The group from the Rhode Island Marine Archaeology Project hopes to have found and explored the fifth site by this summer.

The Endeavour is one of the most famous ships in naval history.