In a real life case of "We can pickle that," New York City's Lucky Pickle Dumpling Co. has pickled... ice cream. Well, sort of, they made pickle-flavored soft serve.

This pickle ice cream situation kinda tastes like that bath and body works cucumber lotion from the 90s, but I still like it?

It sells for $5/serving. 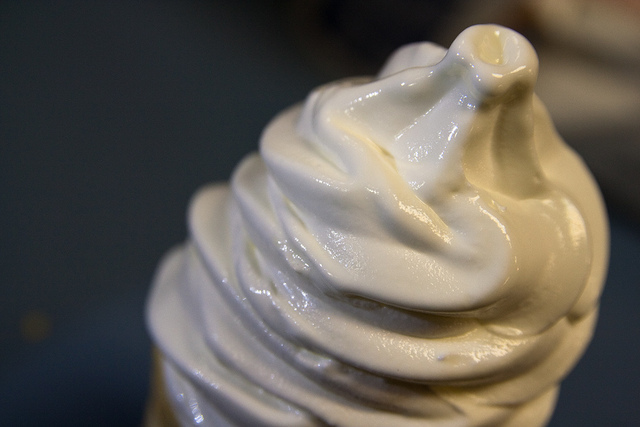 The crushing realization of finding out a McDonald’s ice cream machine is out of service is an actual thing, and the recent addition of Ice Check on the Apple App Store hopes to save countless sociopaths from being forced to scream at unsuspecting drive-through attendants.

Ice Check allows users to check the status of ice cream machines at local McDonald’s to find out in real time if they’re operational based on a community sharing system, according to Time.

Now if you’re insane enough to download an app instead of risking the possibility of having to drive to a different McDonald’s most likely located a few miles away, be warned that early reviews on the App Store claim the app doesn’t have all of the nearest locations available.

“Sorry, we don’t have all the locations yet but we’re working on it and the next update will be bigger and better,” a developer response from the app store reads.