Remember last week when we told you that there was some jibba-jabba about the possibility of Brazil sliding back into being a military dictatorship? According to Reuters, far-right leaning presidential candidate, Jair Bolsonaro, has named a retired general as his running mate in the nation’s upcoming elections. Here’s the shit-and-giggle part: the general in question is Antonio Hamilton Mourão. He’s the same fella that told the media that there was a possibility of there being a military coup if the Brazilian government didn’t get its shit together.

Bolsonaro, running as a candidate for the small Social Liberty Party (PSL), has pegged much of his candidacy on controversial remarks, whether defending of the past military dictatorship or suggesting acts of violence against homosexuals.

In an interview last year with Reuters, the candidate for the Social Liberty Party (PSL) played down Mourão’s remarks.

“It was just a warning. Nobody wants to seize power that way,” Bolsonaro said. “Maybe we could have a military man winning in 2018, but through elections.”

Bolsonaro had struggled to find a running mate as other parties tried to distance themselves from his controversial comments. Other proposed vice presidential candidates - including another general, an astronaut and a sitting senator - ultimately fell through.

Encouraging acts of violence against homosexuals and propping up the deeds of a past dictatorship. I can’t imagine why Bolsonaro was having problems finding a running mate.

Unfortunately, as we’ve learned over the past few years, having no moral compass or compassion for minorities won’t stop a dangerous bully or a dictator from coming to power during an election year. Read the rest 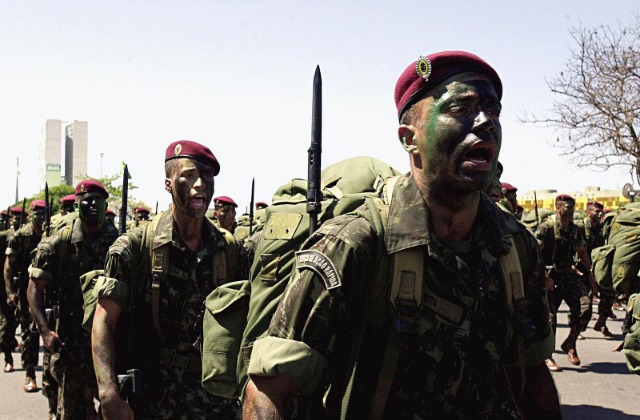 A lot of analysts believe that the possibility of the military taking over the Brazilian government again is remote. However, given the jump to right-wing politics, authoritarian rule, kleptocracy and dictatorships that countries like Nicaragua, Poland, Turkey, the United States and the Philippines have been wallowing in of late, anything is possible – especially in light of the nation's rising violent crime rates, a 13% unemployment rate, and a growing underground economy. Read the rest 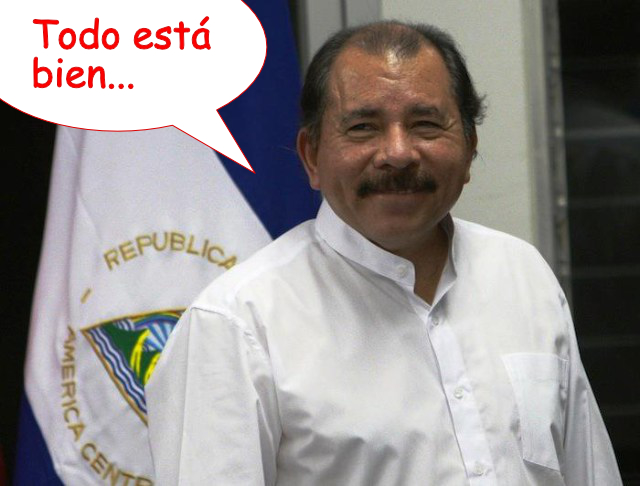 Dolphin carcasses are displayed by conservationists and environmental police officers at San Jose beach, 40kms north of Chiclayo, Peru, on April 6, 2012. The cause of death of over 800 dolphins in the last four months on the shores of Piura and Lambayeque are still being researched, Gabriel Quijandria, Deputy Environment Minister said on April 20, 2012. More about the ongoing investigation into the possible cause of these mass die-offs: CBS News, MSNBC, AFP, DPA, CNN, (REUTERS/Heinze Plenge) Read the rest