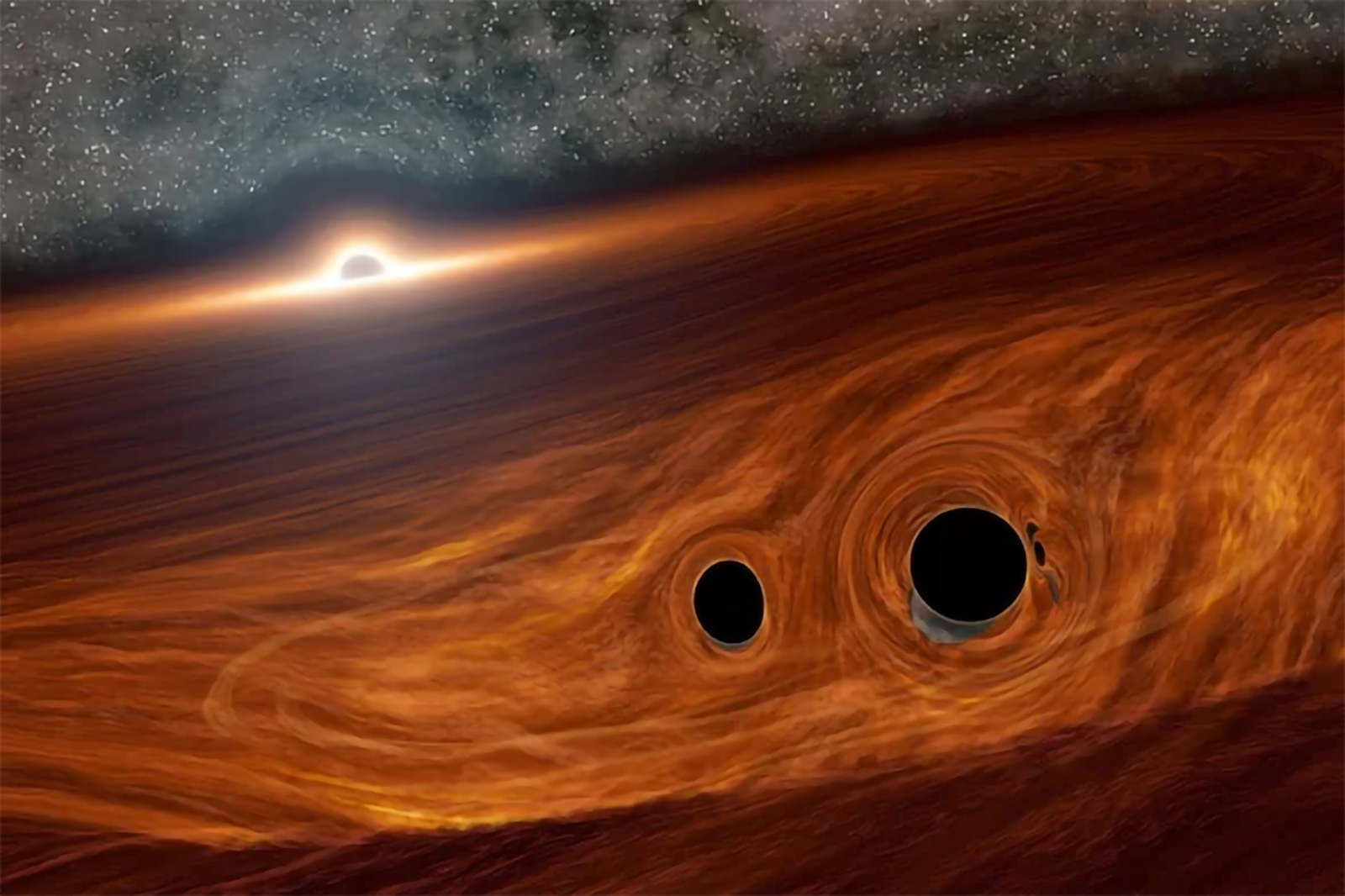 Do you like holes? This perfectly unnerving image of two black holes merging in the accretion disk of another black hole is by Robert Hurt of NASA's Infrared Processing and Analysis Center. It illustrates a paper about energy flaring from merging singularities deep in space. (summarized by aps.org and Scientific American).

On 21 May 2019, gravitational-wave detectors from the LIGO/Virgo collaboration picked up a possible signal from the merger of two black holes. That candidate event—which has yet to be confirmed—may be connected with a brightening, or flaring, of a distant quasar, according to an astronomical team. Based on this association, the team claims that the black hole merger occurred within the gaseous disk around the quasar. The researchers predict that the merged object—presumed to be a black hole having a record-breaking mass of roughly 150 times that of the Sun—will plunge back into the disk in a year or so, creating a second flare. ...

The team’s model explains this brightening as a merger of two black holes within the quasar accretion disk. According to the model, the resulting black hole shot out of the collision at high speed, creating a shock front that heated the gas along its path. The flare was delayed by several weeks relative to the gravitational-wave signal because the light was slowed by scattering in the opaque disk. At some point, the fast-moving black hole escaped the disk, which would explain why the flare ended after about 40 days.

The researchers predict that the black hole will orbit around the quasar’s central supermassive black hole and come crashing back into the disk approximately 1.6 years after the merger.