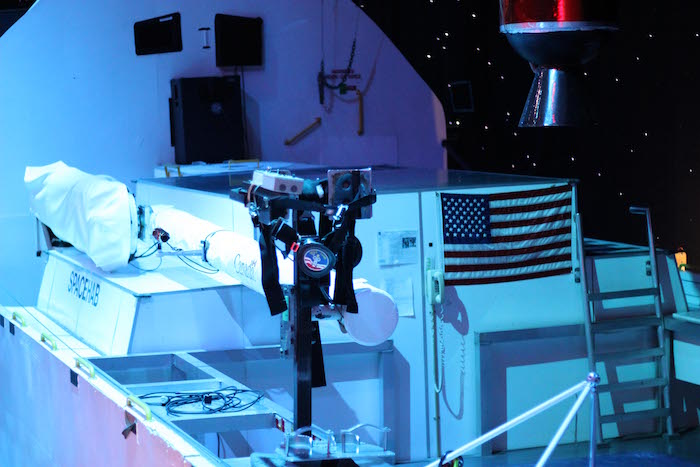 Our space camp instructor promoted me to Chief Research Scientist during our Mars mission for what I like to think was my competency and professionalism as Capsule Communicator during the previous day’s mission.

I brought absolutely none of those qualities to our “base” on Phobos in a mock set-up designed for 9 to 11 year olds. After detailing rocks from the Mars' moon’s “surface,” I was tasked with conducting an experiment involving a chemical reaction inside a Ziploc baggie. Having spent most of my education nodding off through chemistry class, I was completely unfamiliar with my task.

So I should have expected I would mix the wrong chemicals after carelessly picking up a different bottle. No explosion on our end, but instead of causing a reaction that would cool the bag and make it inflate, I created a substance now known as “space gravy.” It’s unfortunate Sodium Bicarbonate and Sodium Polyacrylate look so similar.

Slightly less unfortunate was meeting my first astronaut. The final night of camp happened to feature a dinner to honor Apollo 17 astronaut Harrison “Jack” Schmitt 45 years after his mission.

Dr. Schmitt, 82, a former U.S. senator from New Mexico and a geologist, is the only scientist to add his footsteps to the surface of the moon. He also happens to be a climate change denier.

“Unfortunately, science at least in the United States has become biased to what governments want to do and that’s not objective science,” Schmitt said during a press conference before his dinner. Read the rest