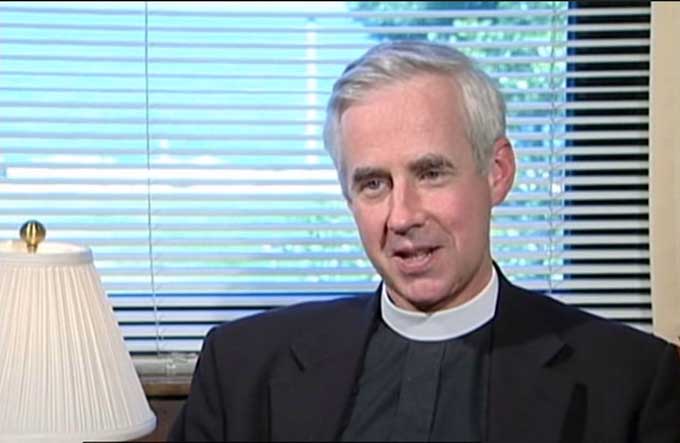 Rev. C. John McCloskey III is a famous, beloved Opus Dei priest who is cozy with Washington power players like Newt Gingrich and Sam Brownback, both of whom he converted to Catholicism. In 2002 Rev. McCloskey was accused of groping a woman who sought his counsel, and in 2005 Opus Dei settled the complaint by paying the woman $977,000 (which was given to Opus Dei by an anonymous donor). Opus Dei promised the woman that Rev. McCloskey would be banned from pastoral work, but The Washington Post reported that he was "never officially restricted from ministry" and that Opus Dei covered up the incident, as well as Rev. McCloskey's “severe problem with alcohol.”

In the 2005 letter released by the archdiocese on Wednesday, [Rev. Peter Armenio, assistant regional head of Opus Dei for the Midwest] recommended McCloskey for faculties in Chicago, saying he was a priest “in good standing,” “of good character and reputation.” He made two specific claims in the letter endorsing the priest: “I have no knowledge that Fr. Charles John McCloskey has a current, untreated alcohol or substance abuse problem,” and “I am unaware of anything in his background which would render him unsuitable to work with minor children.”

But in a brief interview on Tuesday night, Armenio said he knew in 2005 that there was a sexual misconduct allegation against McCloskey and that he had a “severe problem with alcohol.” He said he told George personally about both issues.

Armenio did not return a phone call from a Post reporter on Wednesday night asking about the discrepancy between what he said he told George and what he wrote in his letter at the time.

Special rules for the power elite