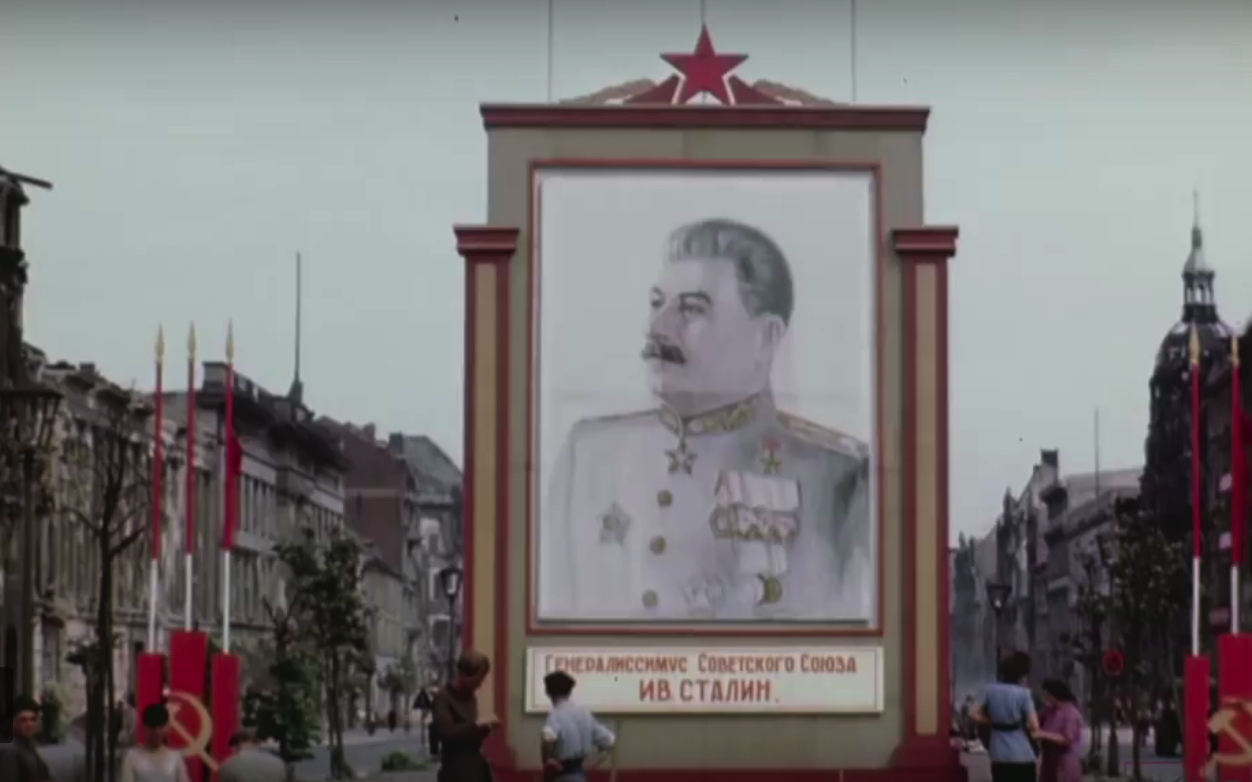 Stalin's pose and expression in the propaganda poster makes it look like he's just noticed there's a goose coming toward him and it's dawning on him that he has no idea how to deal with geese. Read the rest