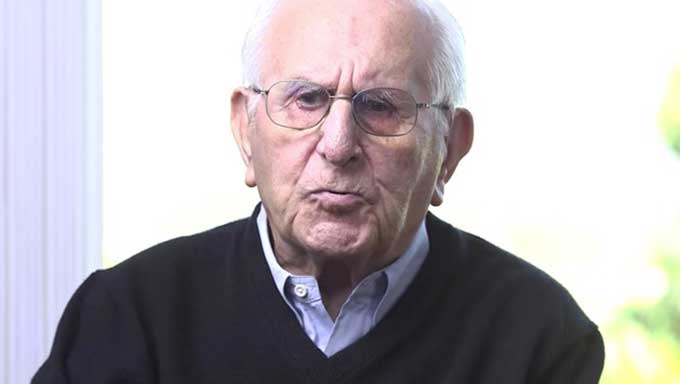 Arnold Spielberg (Steven’s father) developed the computer that first ran the BASIC programming language on May 1, 1964. Here's an interview with 99-year-old Arnold on the exciting early days of computers.

Long before GE started connecting machines to the Industrial Internet, one Arnold Spielberg helped revolutionize computing when he designed the GE-225 mainframe computer in the late 1950s. The machine allowed a team of Dartmouth University students and researchers to develop the BASIC programming language, an easy-to-use coding tool that quickly spread and ushered in the era of personal computers. Bill Gates, Paul Allen, Steve Wozniak and Steve Jobs all used the language when they started building their digital empires. Arnold Spielberg will be 100 years old in February 2017.

We can provide just a tease, but you will definitely want to see this: Daniel Day-Lewis is playing Abraham Lincoln in Steven Spielberg's Lincoln, and the first official photo of him -- courtesy of Entertainment Weekly, where you can see the full picture -- has been released. Honestly, I don't know how Day-Lewis does this. Every time. He completely hands his whole entire body and soul over to other people, fictional and non-fictional, and brings them to life.

Lincoln, which is coming out November 9, will follow the country's beloved 16th president in the days leading up to his assassination. It's adapted from Doris Kearns Goodwin's book, Team of Rivals, which tells the story of how Lincoln stocked his cabinet with a bunch of guys who disagreed with him so he'd have a whole slew of perspectives on his presidential decisions. I know -- this sounds like science fiction and not historical fact, but it totally happened. If all of that isn't cool enough, the screenplay was written by Tony Kushner (Angels in America). So there is a very good chance that a historical movie about Abraham Lincoln that is written by Kushner, directed by Spielberg, and starring Day-Lewis will win some Oscars next year. In fact, maybe everyone else should just stay home.