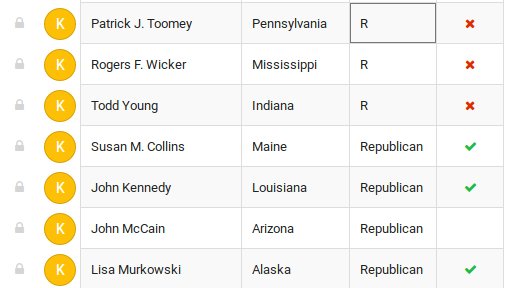 The Senate has successfully voted to overrule FCC Chairman Ajit Pai and save Net Neutrality (provided that Congress and Trump agree); the vote was a squeaker on near straight party lines: all the Dems and independents voted to keep Net Neutrality, and they won the day thanks to help from three Republicans who split from their party: Susan M Collins [R-ME]; John Kennedy [R-LA] and Lisa Murkowski [R-AK]. Read the rest