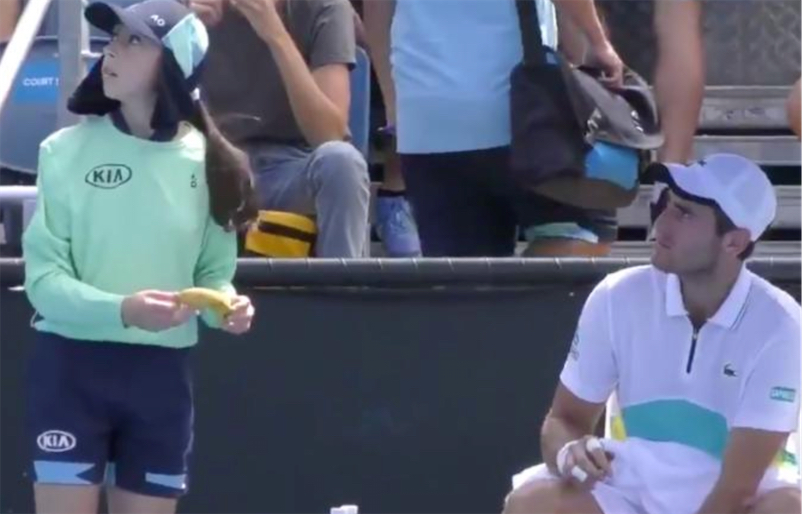 So this is the moment where Elliot Benchetrit asks the ballkid to peel his banana. I’m glad the umpire (John Blom) stepped in and told him off. pic.twitter.com/TK1GET68pG

Courtside at this weekend's Australian Open, French tennis champ Elliot Benchetrit requested that a ball girl peel his banana. Apparently Benchetrit felt that he couldn't peel the banana himself due to his finger bandages. Chair umpire John Blom wasn't having it and gave Benchetrit a real what-for. The tennis player then appeared to start peeling the banana with his teeth.

Now Benchetrit has offered his account of events, and insists he's amazed at the furore.

'At 6-5 in the final set, during the changeover, I asked the ball girl to peel the banana for me as I had put some cream on my hands in order not to sweat," he said.

"She had done it once before at the beginning of the match. But the second time the chair umpire stepped in and told me that the ball girl was not my slave and I had to peel the banana myself.

"I could not believe that the umpire said that and I find incredible how this situation got out of control on social media without people knowing what really happened on court." 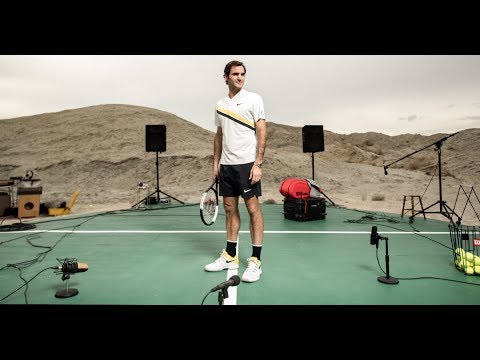 My bud Money Mark joined tennis champion Roger Federer in the Mojave Desert to record this fantastic commercial for a new Wilson racket. It's titled "Play Your Heart Out." Below, Mark explains the method behind the mad beats. The extended mix is available as a 7" vinyl record as part of a limited edition box set that includes the racket, photo book, and other accoutrements.

“Play your heart out” 45rpm instrumental....’Roger Federer meets Money Mark’—How I made this track. (For my nerdy music fans) First you hear Drumfire 808, then the classic MOOG filter then the Yamaha MR10 drum machine snare sound, Blofeld Waldorf kik drum and hi hats, then, you hear again, the tough Moog baseline that pairs with the vintage Crumar Orchestrator ‘string’ melody(same as I used with Atomic Bomb Band).....then throughout there is a Moog noise bed with one hand on the ladder filter cutoff frequency rotary knob simulating desert wind.....on the actual location I was rocking out w the Moog DFAM and Casio drum pad. @farmleague and @charliemcdowell made sure the sound system was in effect and beats rocking for the various takes. Music created a perfect vibe and tempo for a desert scene and for @rogerfederer be able to move to the rhythm.

This week, a professional tennis match in Sarasota, Florida was interrupted by some rather loud sex. Read the rest 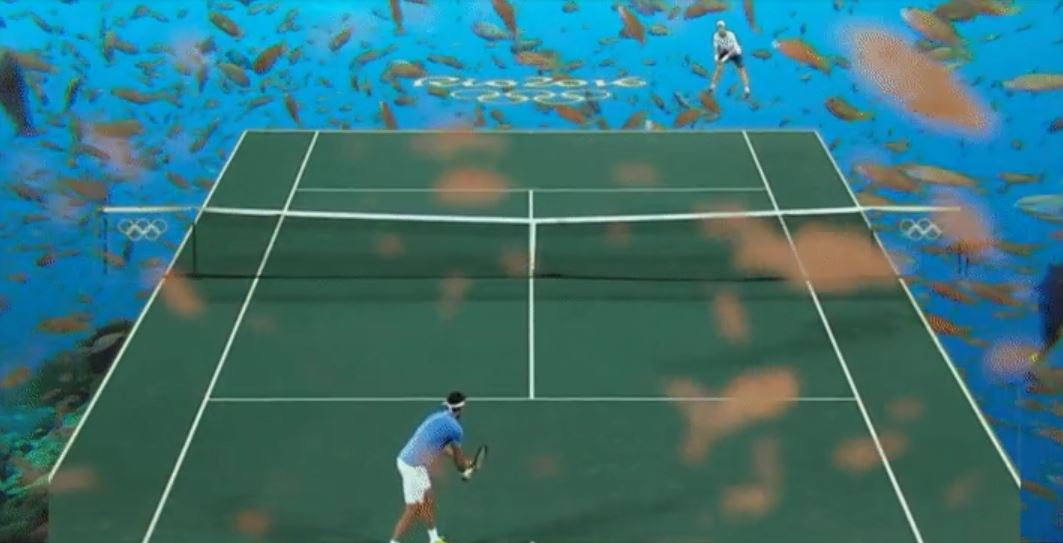 At the Rio olympics, every inch of the tennis arena beyond the court itself is bright lime green. Therefore, factionman chroma keyed it against a variety of interesting and charming backdrops. Read the rest 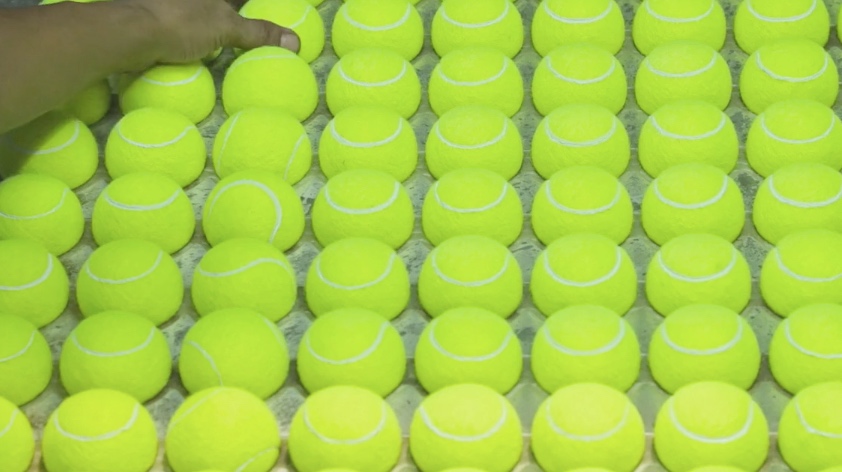