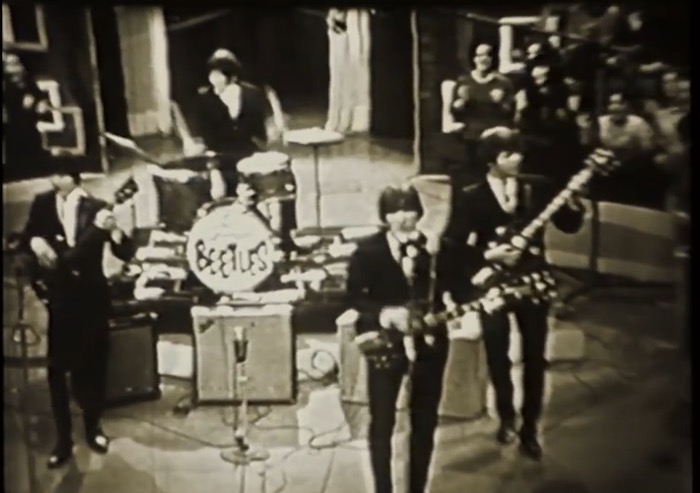 In 1964 a bar band called The Ardells grew moptops and renamed themselves The American Beetles. According to the BBC, an Argentinian impresario saw them play in a club in Miami and decided to book them on a South American tour. He conveniently forgot to tell everyone that they weren't the English Beatles. And when they arrived in Buenos Aires, they received the full Hard Day's Night treatment of hysterical fans who mistook them for the genuine article -- until they got a good look at their faces.

From Ed Prideaux's article in the BBC:

They were the main act booked on a programme called The Laughter Festival, and an excited assembly of wide-eyed teenagers filed neatly into the stands. The American Beetles waited behind the camera, guitars and sticks at the ready, as the host issued his opening proclamation. Carlos Santino’s cousin was, again, "going nuts". Then the camera turned towards the band. "When she saw it wasn’t Paul McCartney who was coming out from behind the curtain, she started to cry inconsolably" he said. Roberto Monfort, the Channel 9 employee who had been amazed at the first announcement, recalls that disillusionment set in fast. "When they went on air, yes – the people realised that they were not the real Beatles, but the fake Beatles."

When the band return to the United States, they had trouble getting airplay with the name the American Beetles, though they did make an appearance on American Bandstand:

They changed their name to The Razor's Edge and cut one single called "Let's Call It A Day Girl." Read the rest