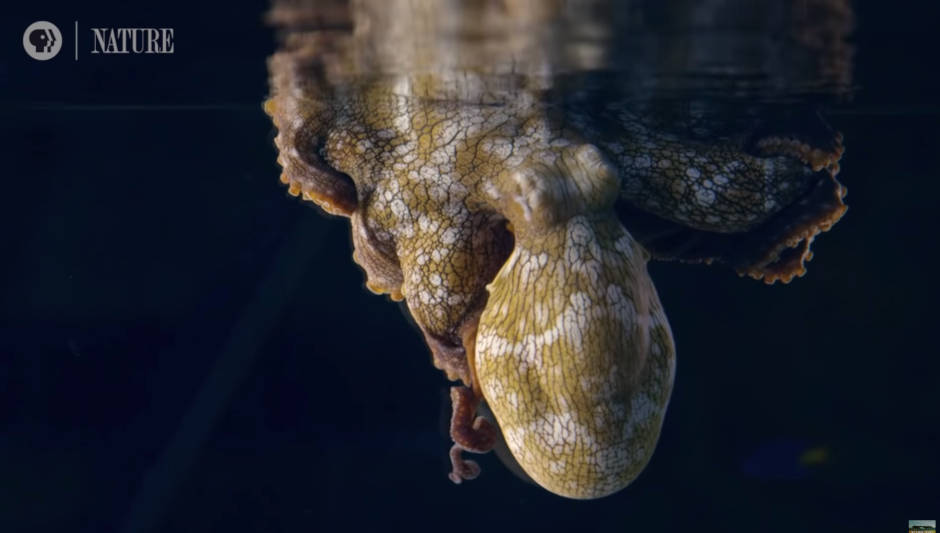 Here's a video of an octopus changing color while it's asleep. Are the patterns in response to a dream?

"She's asleep; she sees a crab and her color starts to change a little bit. Then she turns all dark. Octopuses will do that when they leave the bottom.

"This is a camouflage, like she's just subdued a crab and now she's going to sit there and eat it and she doesn't want anyone to notice her. It's a very unusual behavior, to see the color come and go on her mantle like that. I mean, just to be able to see all the different color patterns just flashing one after another — you don't usually see that when an animal's sleeping. This really is fascinating."

The truth is, we don't actually know if cephalopods dream. There is some scant observational data, as this piece in Atlas Obscura noted a while ago:

The only cephalopod with a proven penchant for dreaming is probably the cutest. A 2012 study led by Marcos G. Frank, now a neuroscientist at Washington State University Health Sciences Spokane, discovered that sleeping cuttlefish demonstrate a form of rapid eye movement (REM), the same stage of sleep that gives us our dreams, distinguished by the spontaneous activation of brain cells, going off like fireflies in a forest.

A rare encounter with the freaky Deepstaria jellyfish 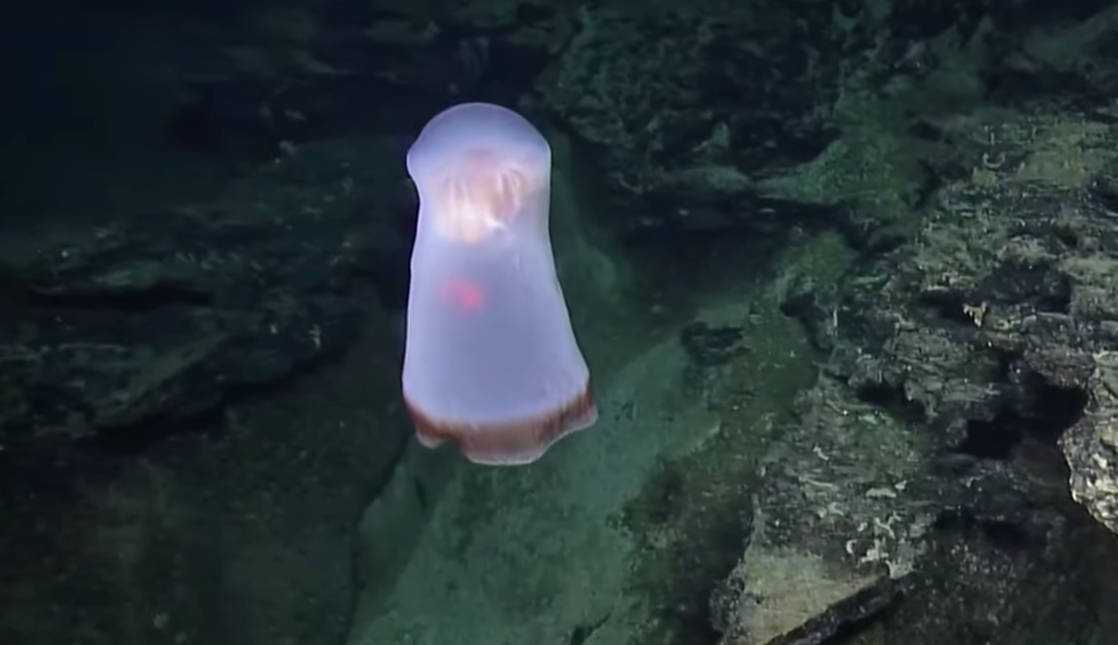 Recently a team of marine scientists were piloting a submersible when they had a super-rare encounter with a Deepstaria jellyfish. It starts off looking like a ghost and then turns inside out and spreads out into a crazy translucent film.

It's gorgeous and eerie to watch, but make sure you turn the sound up -- the real fun is listening to the scientists talk. Half the time they're discussing the biology of the creature, and the other half they're just going whoooooah and oooooooooo and zooooommgg, so the whole event exists in the rapid quantum flipzone between "hardcore science" and "baked dormroom conversation".

I would totally watch a 24/7 network that consisted of nothing but marine biologists flipping out while watching crazy undersea footage.

Deepstaria is as mysterious as it is rare, a shapeshifter whose body exists somewhere on a spectrum between enormous trash bag and ghostly lampshade. Last week, these researchers used a remotely operated vehicle to capture a video of the freaky jelly.

The jellyfish in the video is roughly the size of a trash can. This deep-sea jelly lacks tentacles, and appears in the shape of a thin, membrane-like bell. Up close, you can see a geometric mesh pattern made up of canals that provide structural support and deliver nutrients to the body. In 2015, Wired referred to it as a “floating blanket.” [snip]

The team watches as the animal swoops, undulates and puckers like a possessed plastic bag. But this mesmerizing movement isn’t what makes the video so valuable for scientists.