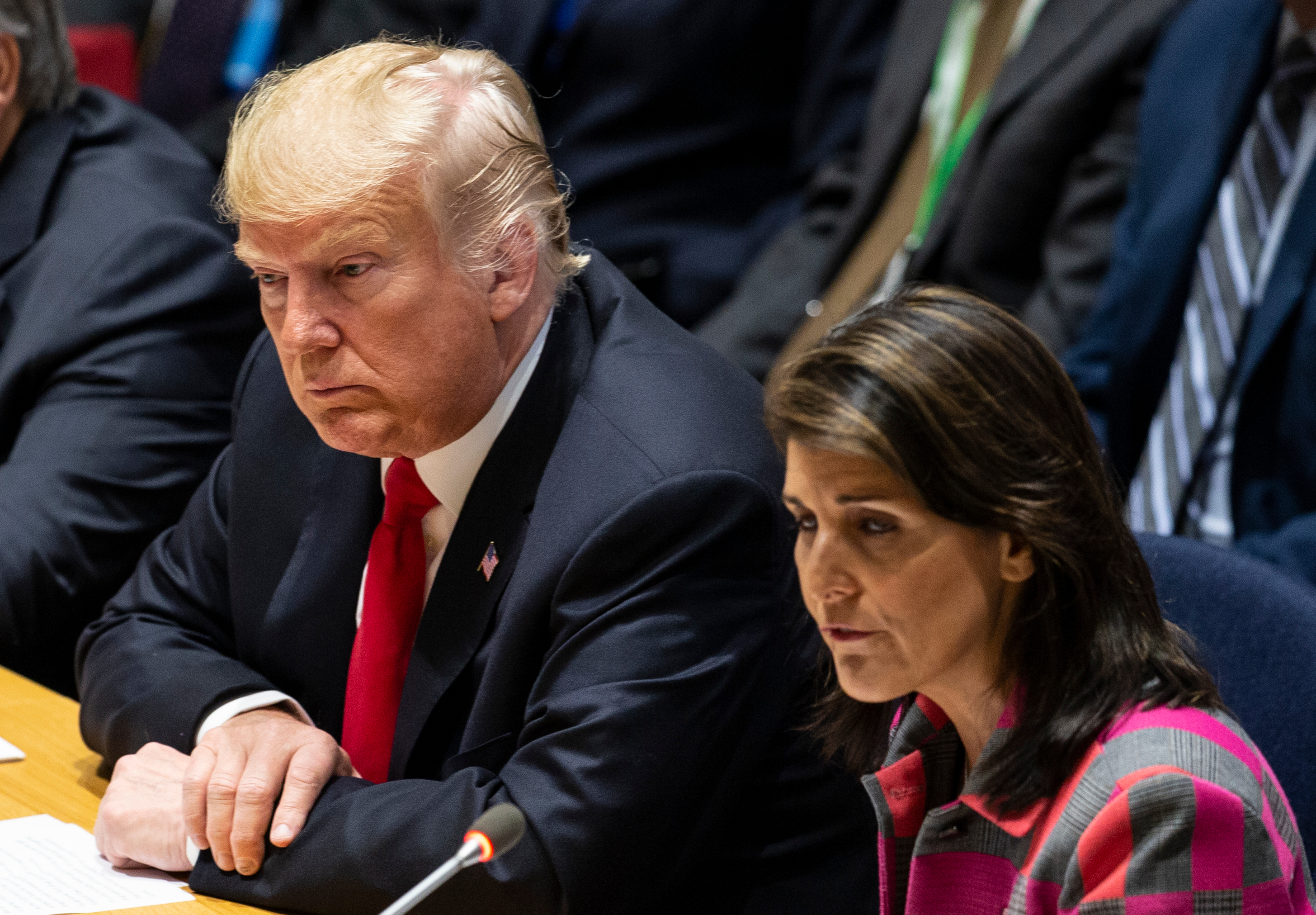 President Trump has accepted Nikki Haley's resignation as UN Ambassador, according to two sources briefed on their conversation. The timing of her departure is still unclear, the president promised a "big announcement" with her at 10:30 a.m.

U.S. President Donald Trump has accepted the resignation of U.N. Ambassador Nikki Haley, Axios news site reported on Tuesday, citing two sources familiar with the matter. Haley would not confirm the report to Reuters when asked.