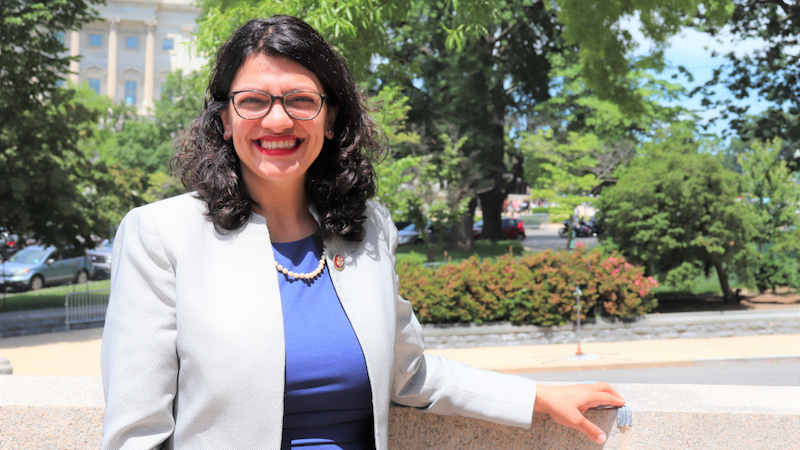 "The squad is all of you. I can tell you, you are all the squad, trust me. If you support equity, you support justice, you are one of us," she said. Tlaib has long pushed for impeachment, and made headlines hours after her swearing in to Congress when she told the audience at a progressive event, "we're gonna go in there and we're going to impeach the motherf****r," a reference to the President.

"The Squad" gives me hope. Read the rest