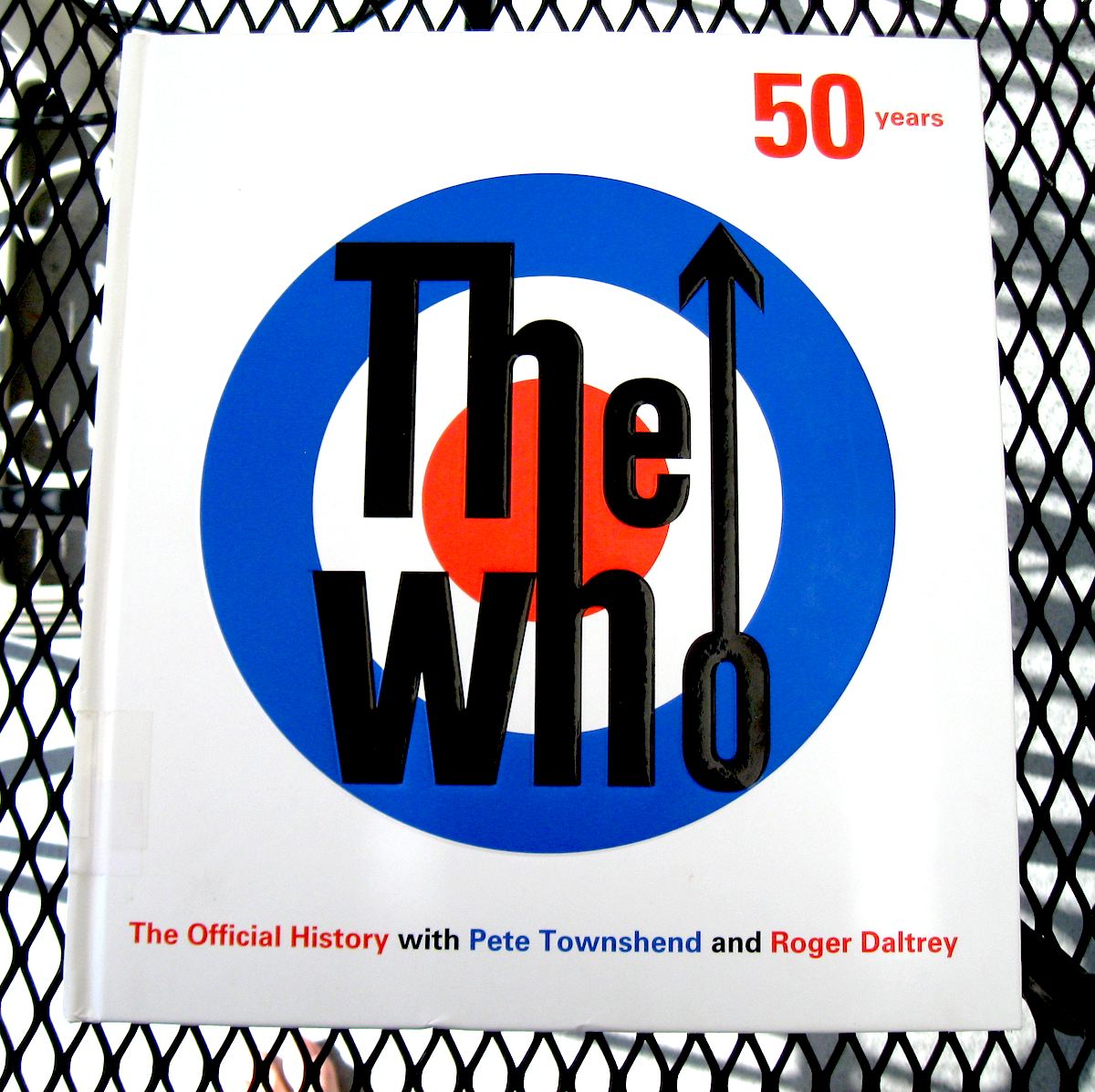 The Who: 50 Years: The Official History charts the history of what some claim is “the greatest live rock band” from infancy to now by way of text and pictures. Long before there was a band, there was childhood. That is where the book starts after a brief introduction by music and film producer Bill Curbishley. It begins with a section recounting events in the last days of World War Two. Pete Townsend was born two weeks after VE Day (Victory in Europe) and four months before VJ Day (Victory in Japan). The themes of war such as unresolved aggression, hate, cynicism clashing with idealism, and more were part of those days and became the band’s themes. Along with pictures of some of the band members in childhood, there are numerous pictures of the aftermath of the war. Civilians struggling to survive a daily existence in bombed-out rubble and wreckage. The time shaped the music and became a cornerstone for the band. As the years passed and new events happened, those events further shaped their music.

That progression forward through time based on the culture drives the format of the book. In sections delineated by time segments of anywhere from a year up to over twenty years, images of the band members aging as well as the culture changing and evolving supplement a text that explains how the music changed. This book offers a perspective on how the lives of those involved with The Who were changed, as was their music, by a world that was changing often at a break-neck pace. Read the rest