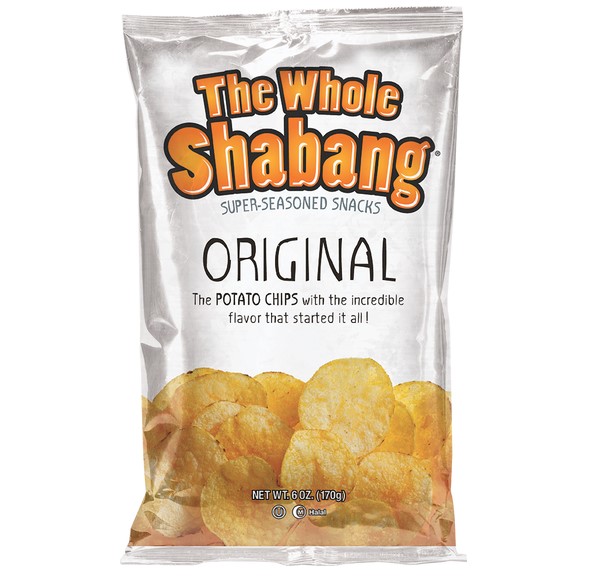 Today I learned that there's a brand of potato chips available in prison commissaries that are so good, they're almost worth being locked up for. They're called "The Whole Shabangs" and, until 2016, they were only available on the "inside."

One inmate told NBC News that “The Whole Shabangs are a ray of sunlight in the very cloudy and drab existence that is prison.”

A former inmate joked (one hopes!) on Facebook, saying “why did I have to go to jail to experience the best chips ever made???? Well…. back to jail it is.”

Another posted to Facebook that although she “won’t do time again” to get the chips, she hopes to find someone on the inside who can send her some: “[I’ll] find out who’s about to get out and send some money so they can bring me at least 10 bags of them. They are delicious.”

Even non-criminals swear by the snacks; according to the Lincoln (Nebraska) Journal-Star, “Nebraska Parole Board members have a standing request for the canteen to hold a couple of bags so they can buy them when they come to the center for hearings.”

To get some, without being incarcerated, head to The Whole Shabangs online store. They only sell them in nine ($28.50) or twelve ($35.99) packs though. Pretty tempting!

(Now I Know) Read the rest