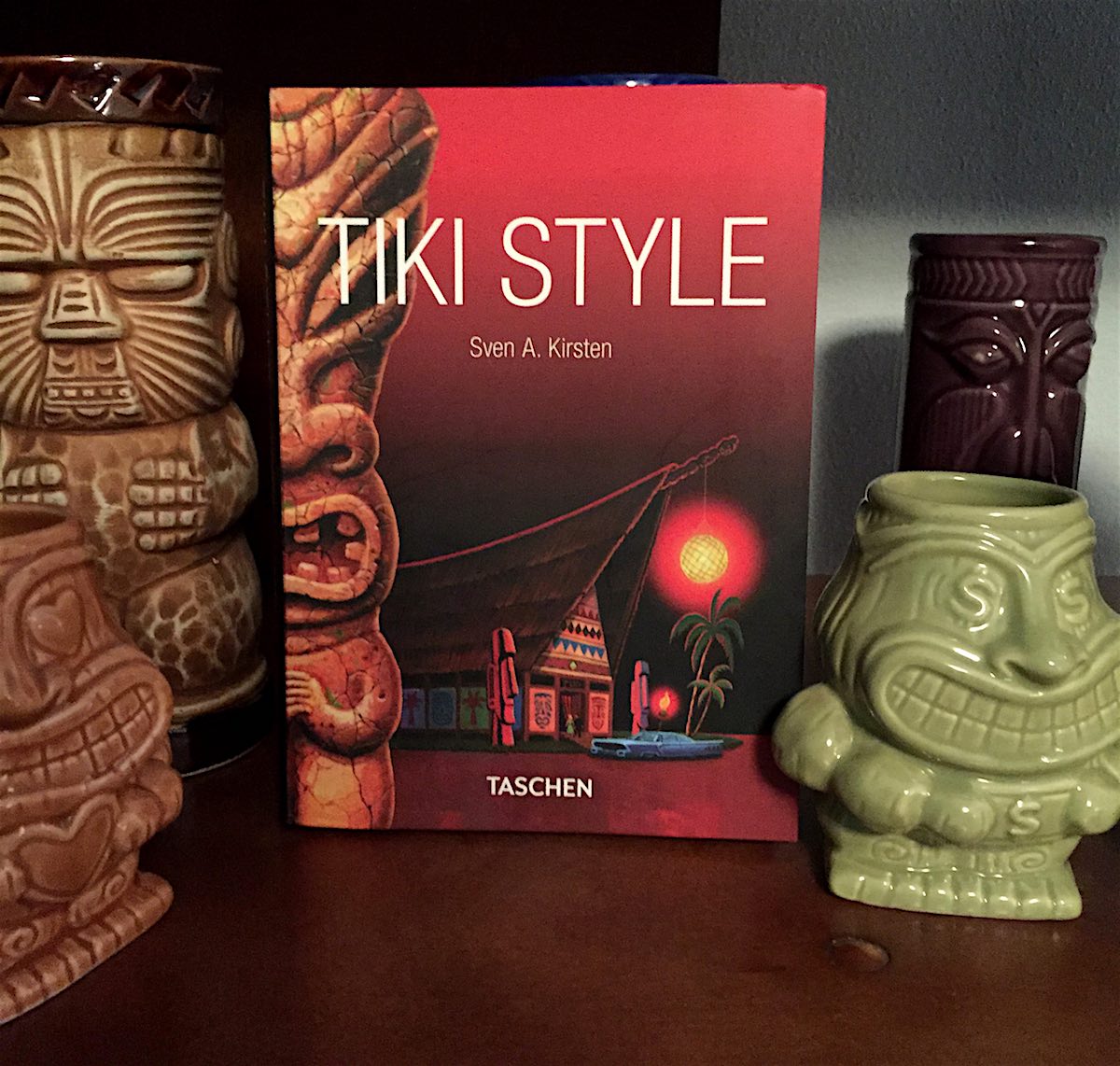 This little pocket book packs a big punch full of tiki culture with flamboyant images and a fun history. The author Sven A. Kirsten is the go-to guy for everything tiki. He’s the author of the Book of Tiki, which this bite-sized edition pulls from. The book takes you through the origins of tiki in the South Pacific, explains how this island culture worked its way into mainstream Americana, and highlights some of the legends like Don the Beachcomber and Trader Vic.

There’s something about Tikidom that’s just fun. The mugs, the artwork, the cocktails – it’s easy to get wrapped up in the tropical fantasy. Maybe it was growing up in grey and rainy Seattle that made me a sucker for tiki, but I can’t get enough and this book delivers. It’s filled cover to cover with photographs, illustrations, and incredible island imagery. So grab your favorite ceramic mug, pour yourself a Mai-Tai and enjoy this fantastic look at the stylish world of tiki. – JP LeRoux

Note: If you already have The Book of Tiki there won’t be anything new for you here, but I’d highly recommend picking up any of Sven’s other tiki books if you want to learn even more about the culture. Read the rest

Ben Marks of CollectorsWeekly says: "Here's an interview with Tiki Pop author Sven Kirsten on the roots and shoots of Tiki culture in America. Have a Mai Tai-soaked, Hawaiian-bbq weekend!"

Collectors Weekly: Where did the word “Tiki” come from?

Kirsten: Tiki was a mythological figure in Polynesia, a region defined by the Polynesian Triangle: There’s Hawaii in the north, Easter Island in the east, and New Zealand in the southwest. In the middle of that triangle are islands like Tahiti and Samoa. All of these islands share some common heritage and a similar language. They also had a religion based on ancestor worship, where their ancestors were deified in stories and myths and became their gods.

Tiki was like the Polynesian Adam, the creator of man, but he was sort of half-man and half-god. Eventually, all carvings and depictions that had human features became known as Tikis. The word “Tiki” was used in the Marquesas and by the Maori in New Zealand. In Hawaii, they’re called Ki’i, and in Tahiti they’re called Ti’i, because of the language variation. For example, the Hawaiian word for Tahiti is Kahiki (which was also a great restaurant in Columbus, Ohio), because the T becomes a K in Hawaiian. But that didn’t really matter to the Americans in the 1950s—basically all the different carving styles became members of the happy Tiki family, including the Easter Island Moai statues.

Designer Kevin Kidney's posted more of the awesome Tiki Room stuff he and Jody Daily designed for the Disneyland Tiki Room 50th Anniversary event this summer (he posted his Luau Bowl earlier). This time around, it's a pair of lidded mugs paying homage to two of the idols of the tiki garden outside the Tiki Room in Disneyland: Pele and Tangaroa-Ru.