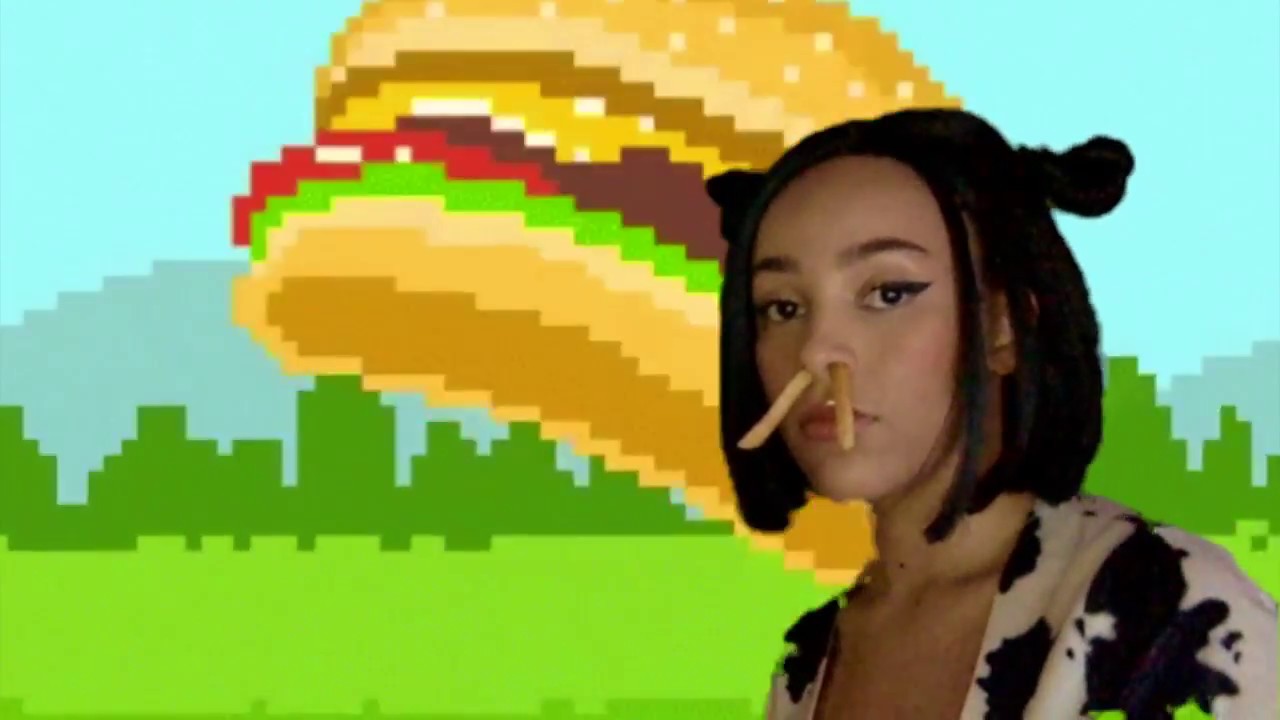 Doja Cat has declared herself a cow, a hamburger-eating one at that, in her recently-released, now-viral music video titled "Mooo!."

The track starts inauspiciously, a chintzy nursery rhyme about cows set to pixel art visuals, but bouncing anime boobs in the background quickly let you know you're in for something different. But Doja Cat's “Mooo!” isn’t your average viral song. It goes hard... “Bitch, I’m too smooooth / I’m not in the mooood / Tryna make moooves,” she says on the hook... “Got milk, bitch? Got beef?” she taunts. This wasn’t an accidental sensation. This girl had bars, and judging by the DIY nature of the video, she understood the formula for virality. The genre-bending producer Sango let the newcomers—myself included—in on a little secret tweeting, “Moo by Doja Cat is just a set up for y’all to listen to her other stuff because she’s actually a great singer and songwriter.” Were we bamboozled?

As it turns out, Doja Cat is indeed more than just a viral video. In March, she released Amala—her real first name—a 13-track compilation of what she considers to be “ice cream truck” music.

Thanks, Sunny! Read the rest