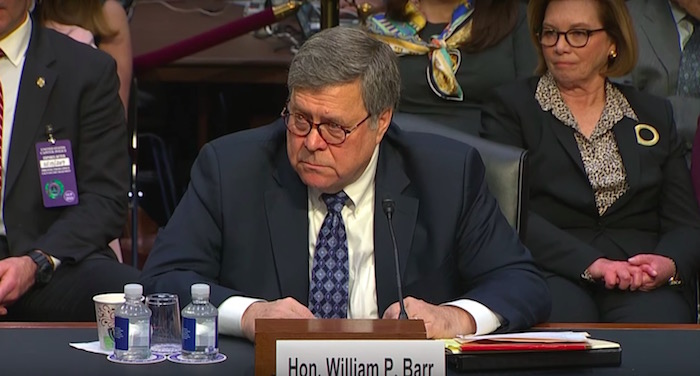 Nominee for Attorney General William Barr told the Senate Judiciary Committee this morning that he "can conceive of situations where, as a last resort," journalists could be prosecuted for “putting out stuff that is hurting the country.”

This was in response to Sen. Amy Klobuchar, D-Minn., who, using the murder of Washington Post journalist Jamal Khashoggi as an example, asked Barr whether he thought the Justice Department should prosecute journalists "for doing their jobs."

Yep, this is where we are folks.

Via PBS Read the rest