Watch: Tourist in Australia picks up a "pretty octopus," not realizing he could die in minutes if stung 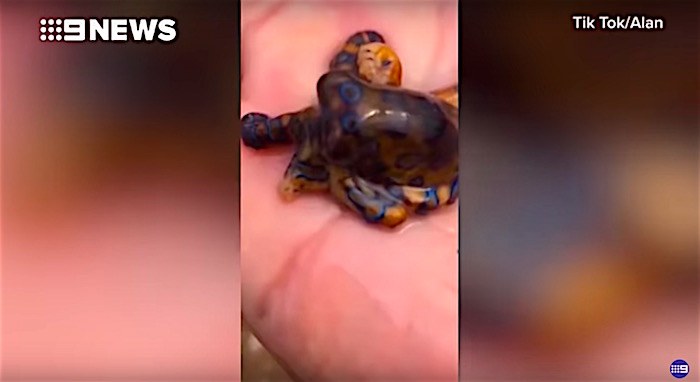 A tourist in Australia picked up a beautiful tiny octopus and originally posted it on TikTok with "What a pretty octopus" written in Mandarin. But what the tourist didn't seem to know is that he was holding a blue-ringed octopus, which "carries enough venom to kill 26 full grown adults in a span of minutes," according to Gizmodo.

The venom of the blue-ringed octopus, which contains the neurotoxin tetrodotoxin, causes paralysis and the sting is so small that most people have no idea that they’ve been poisoned until it’s too late.

To make things even more horrifying, there’s no anti-venom available for the blue-ringed octopus. The only known treatment is to massage the victim’s heart until the venom works its way throughout a person’s body in a matter of hours.

"It can only bite if it's on top of something," he said.

Designed to pierce the exoskeletons of crabs, the octopus's beak releases a neurotoxin from its glands that causes paralysis, causing its prey to stop breathing and die "within an hour". 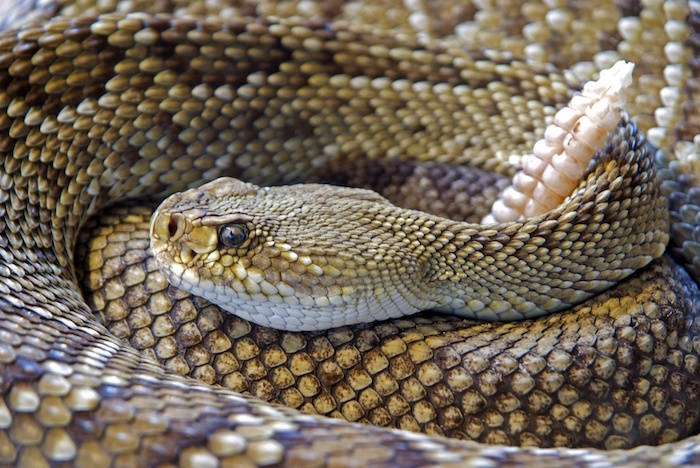 A gentleman in Arizona was throwing a birthday party for his kid when he spotted a rattlesnake in his yard. Rather than staying clear of the venomous snake, 48-year-old Victor Pratt thought it would be a good idea to grab the snake and throw it on the BBQ, but first he wanted some photos. He began to pose with the live snake in his hand when the snake got the better of him and bit him twice – once on the chest and once on the face.

Fortunately, because it wasn't the first time he'd been bitten by a rattlesnake, he knew he was in extreme danger and got immediate help. According to USA Today:

"I said, 'We gotta go now,' because I knew what was going to happen," Pratt said.

He was taken immediately to a local hospital, which doctors said saved his life. He also has received doses of antivenom.

"If an airway is not established in the first few minutes, in our experience less than 15 to 30 minutes, then those patients really don't have a chance to survive,'' said Dr. Steven Curry, Banner hospital's toxicology director.