These trippy videos are designed to entice you to purchase eyewear 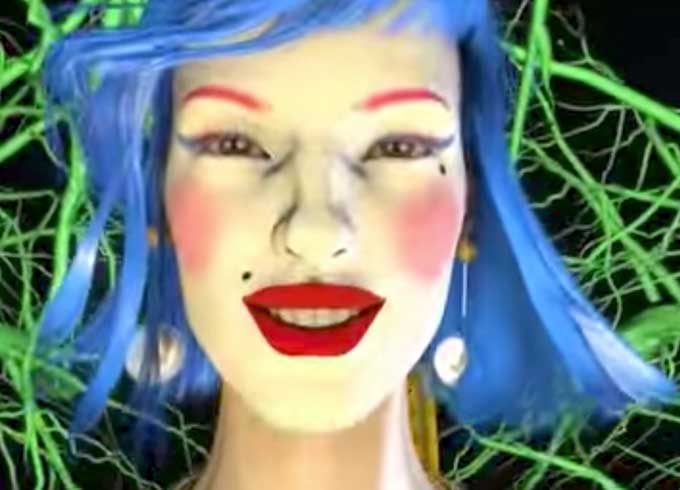 Belgian fashion designer Walter Van Beirendonck has paired up with the Russian eyewear company FakbyFak to create fashion videos for the release of his new eyewear line “Toy Glasses.” The three videos are named Brutal Love, Total Liquidity, and Self Destruction. Out Magazine explains that the films are “a demonstration of what would likely happen to our Sims if they were left to their own devices in an artsy sex dungeon with a bunch of acid...Beirendonck's videos employ the talents of performance artists Maria Forque, Salvia and Liza Keane, and are styled in 3D animations created by visual artists Claudia Maté, Ines Alpha and Jennifer Mehigan. They're influenced by a combination of '70s punk subcultures, Alice In Wonderland and bizarre makeup techniques”.

Wonderfully strange and psychedelic, Beirendonck’s films warp the viewer's reality and urge them to question the nature of their own perception. From Out:

These 3D spaces speak to Walter Van Beirendonck’s interest in utopias—the need to dream in order to not only escape reality but to challenge it. In doing so they ask us to break free from the mind-forged chains of convention we weigh ourselves down with day to day.

Beirendonck’s conceptual ideas behind the film make me think of Timothy Leary’s philosophy that helped define '70a counterculture; to break away from the rigid conformity that plagues so much of society and to think for oneself.