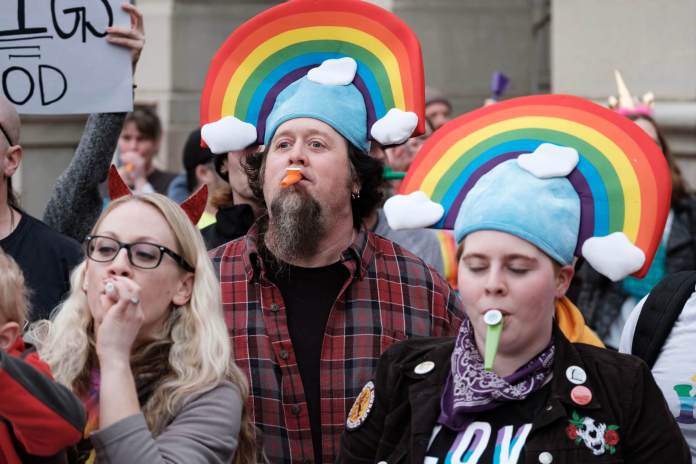 A group of metalheads playing kazoos drowned out the hate-spreading 'Westboro Baptist Church' cult at the Virginia state capitol. I am proud of my home town. Read the rest

Be sure to read Adrian Chen's gripping profile of former Westboro Baptist Church twitterer Megan Phelps-Roper, who left the church after coming to realize the futility of its hate gospel.

On December 20, 2009, Phelps-Roper was in the basement of her house, for a church function, when she checked Twitter on her phone and saw that Brittany Murphy, the thirty-two-year-old actress, had died. When she read the tweet aloud, other church members reacted with glee, celebrating another righteous judgment from God… But Phelps-Roper had loved Murphy in “Clueless,” and she felt an unexpected pang—not quite sadness, but something close—over her death. As she continued scrolling through Twitter, she saw that it was full of people mourning Murphy. The contrast between the grief on Twitter and the buoyant mood in the basement unsettled her. She couldn’t bring herself to post a tweet thanking God for Murphy’s death.

If you're been wondering why Westboro's been kind of boring lately, it turns out that there was a coup of sorts within the church: day-to-day troll in chief Shirley Phelps-Roper (Megan's mother) was denounced, and a bunch of stodgy old men took over. Since then, women have been marginalized within the church and it has lost much of its media savvy.

Read Adrian's piece to the last sentence: there is an absolutely amazing ending to the life and mind of the church's founder, Fred Phelps. 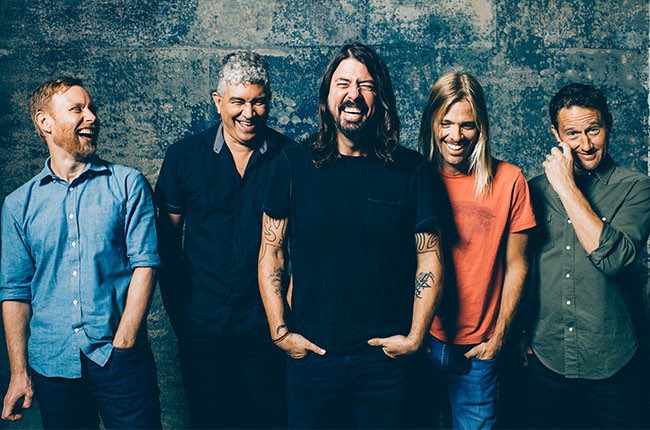 The homophobic, anti-semitic morons of Westboro Baptist Church were protesting outside the Foo Fighters' Kansas City concert on Friday, so the Foo Fighters drove by in a pickup truck and rickrolled them.

Below, the time the Foo Fighters trolled the Westboro protestors back in 2011. 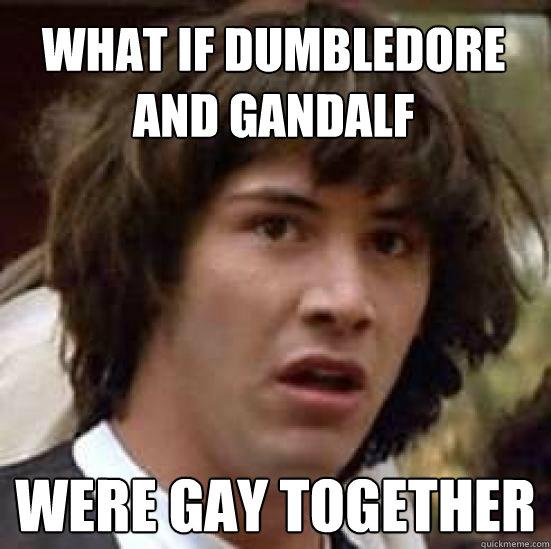 After the Irish voted in favor of recognizing same-sex marriage, the Harry Potter author gleefully posted a "Dumbledore/Gandalf" slash meme with the text "now they can get married in Ireland!", replete with rainbow and clover emojis galore.

The funeral-picketing proprietors of GodHatesFags.com took exception to this, promising to turn up to any such thing and ruin it.

J.K. had fast replies: both for the church…

.@WBCsigns Alas, the sheer awesomeness of such a union in such a place would blow your tiny bigoted minds out of your thick sloping skulls.

… and for the ever-present criers of "don't feed the trolls."

I don't care about WBC. I think it's important that scared gay kids who aren't out yet see hate speech challenged. https://t.co/XumjDmEjuw

Hilary Sargent, master chartmaker and explainer of complicated things, has totally outdone herself with a massive explainer on Fred Phelps and the Westboro Baptist Church.