A lovely film of spinning tops by Charles and Ray Eames 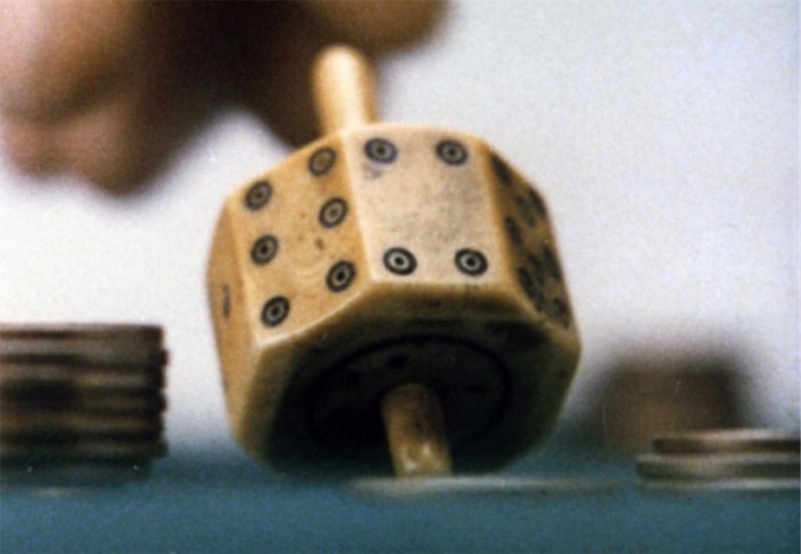 In 1969, visionary designers Charles and Ray Eames directed this cinematic ballet of more than 100 spinning tops from around the world. The score is by famed Hollywood composer Elmer Bernstein (The Ten Commandments, The Magnificent Seven, Airplane!, etc.). From the Eames Office:

Tops had its genesis in an earlier film produced for the Stars of Jazz television program in 1957. The Eameses decided to make a longer, color version in 1966, which they worked on in spare moments between other projects.

The film is a celebration of the ancient art and craft of top-making and spinning. One hundred and twenty-three tops spin to the accompaniment of a score by Elmer Bernstein. Using close-up, live-action photography, the film shows tops, old and new, from various countries, including China, Japan, India, the United States, France, and England.

Charles’s fascination with spinning tops went back to his childhood; in this film he found a perfect vehicle for demonstrating their beauty in motion and for making visual points about the universality of tops, the physics of motion (MIT physics professor, Philip Morrison, often showed the film to students and colleagues), and the intimate relationship between toys and science.

(via Aeon) Read the rest