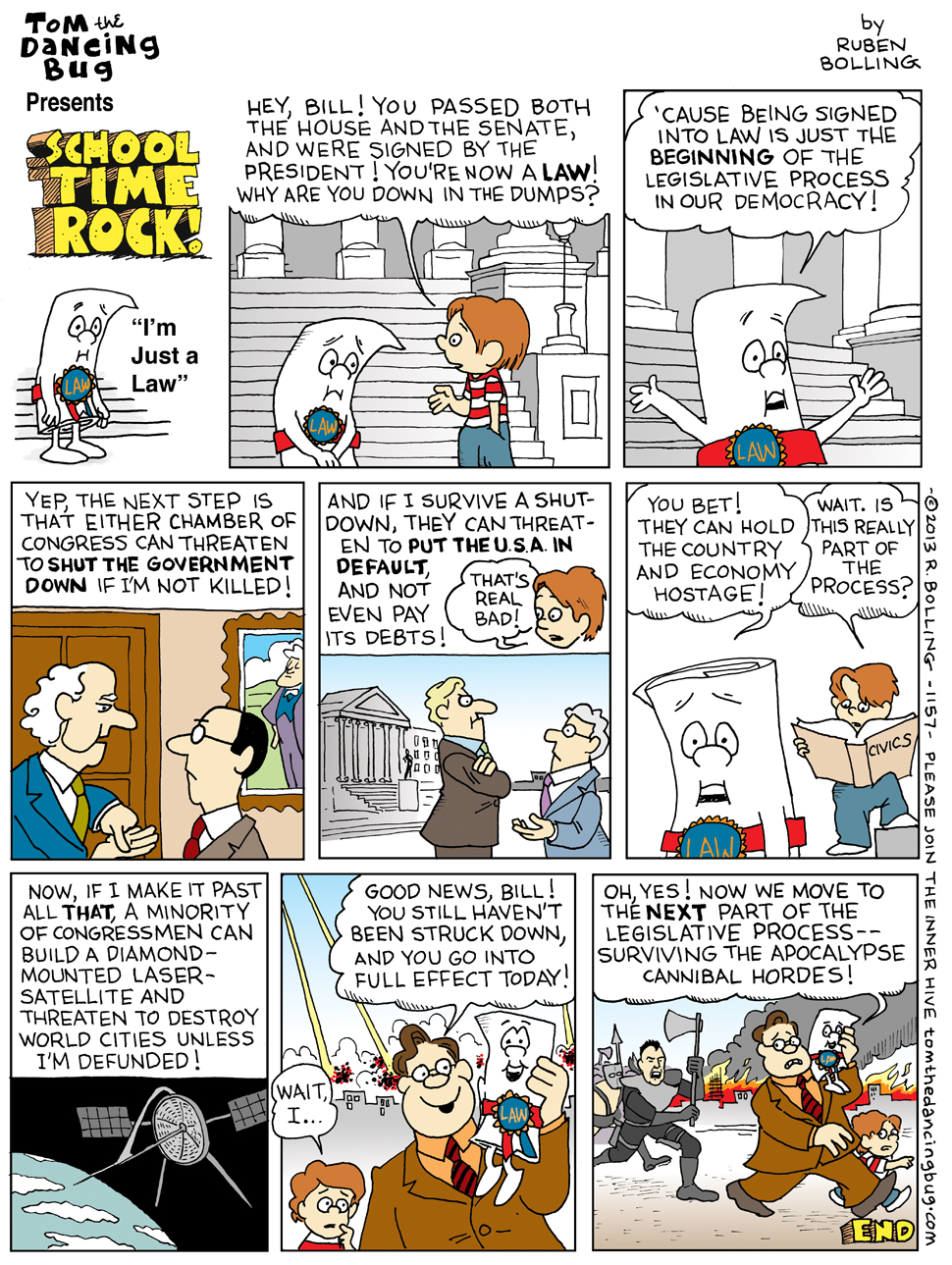 Tom the Dancing Bug, IN WHICH a plucky little Bill becomes a Law, but explains the NEXT steps he has to take to survive the American legislative process.

"I used to spend 20 dollars a year on TOM THE DANCING BUG collections… Happy to support him and pass the word." -Neil Gaiman, Charter Member of the INNER HIVE