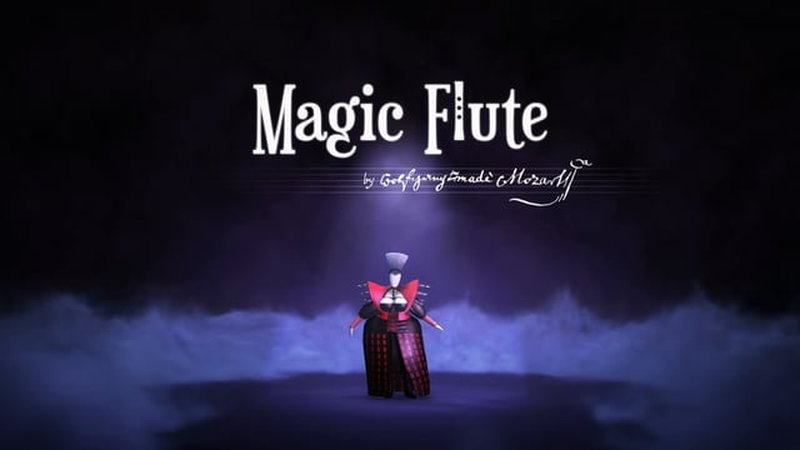 I've never watched an opera before, but the new iOS game Magic Flute by Mozart makes me want to.

Created by Polish game developer Lablike, Magic Flute is a block-shifting puzzle game that not only features music from the famous Mozart opera, but follows the story of its libretto through cutscenes between levels. While I'm not specifically familiar with the plot of The Magic Flute, here's what I've learned so far by playing the game:

Hey, it makes about as much sense as most video game storylines, if not more. I'm into it.

While it's no Monument Valley and most of the puzzles amount to variations on shifting tiles around a grid, the music and design elevate it to something a little more special. The score is both as virtuosic and dramatic as one would expect from a game based on one of history's greatest operas, and talk about victory music: the triumphant orchestral bursts that greet you at the end of every completed level feel like being punched in the face by a violin, but in a good way.

The game is visually inspired by a recent staging of The Magic Flute by famed Japanese stage director Amon Miyamoto at the Tokyo Nikikai Opera Theatre; during each of the four performances this July, the show began with a QR code projected on the curtain that allowed audience members to download the game.

If you weren't in the audience, however, you'll have to settle for buying it at the App Store. The first installment is titled Act I—and corresponds directly to the first act of the opera—with the second to come at a date to be determined.