Explore a mysterious hard drive and reconstruct a broken world 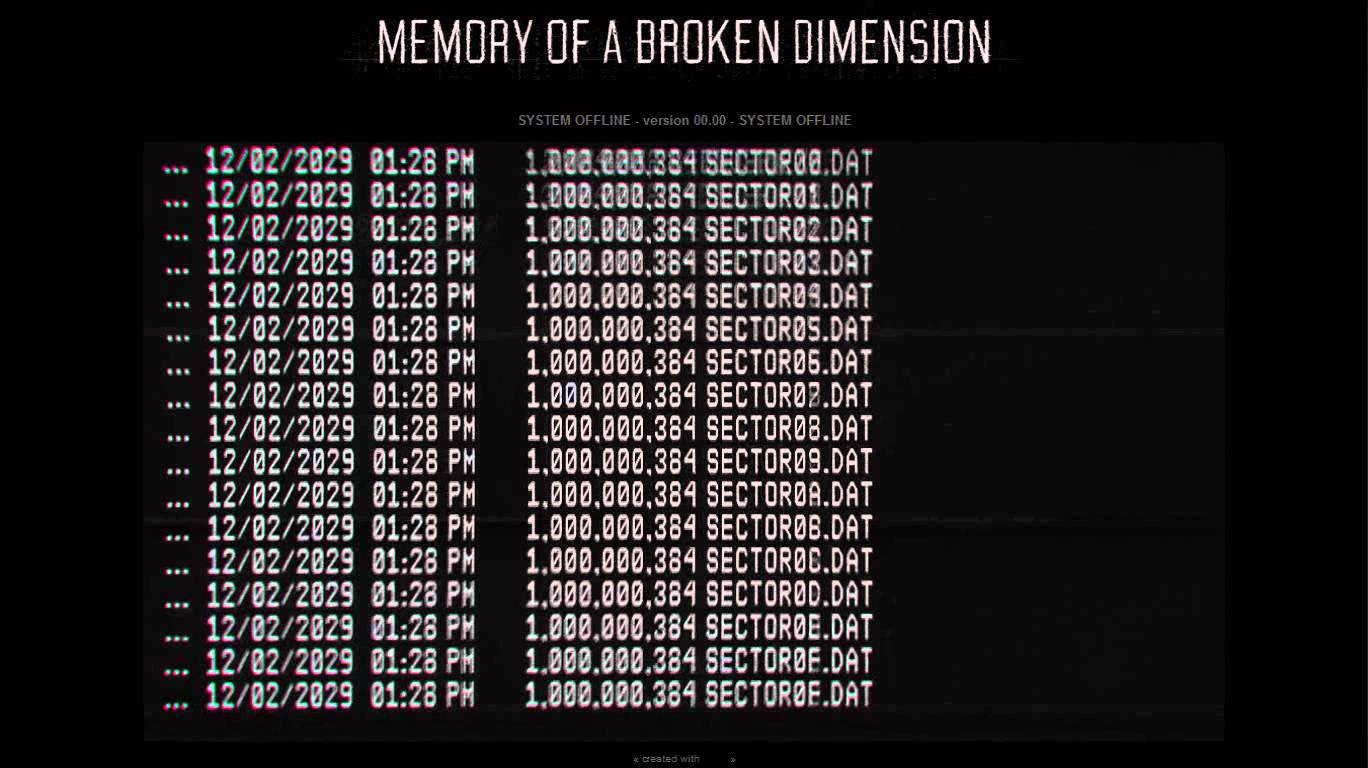 There's something a little mysterious about the programs you can find in strange corners of the internet, and doubly so if you happen to find them in the bowels of someone else's computer.

In Memory of a Broken Dimension, a game that recently took home two Indiecade awards, you find yourself on the desktop of an old, glitching operating system called RELICS that runs "obscure research software."

What sort of research? Well, that's part of the mystery buried inside the machine, and you solve it by digging through its files. (If you're unfamiliar with DOS, it's helpful to know that typing "dir" gives you a directory.) Launching the programs you find will trigger references to unspecified "scans," and eventually launch you into a "data stream" of fragmented landscapes that you reconstruct by moving about the world and shifting your perspective. Like Calendula, it's an game whose eerieness derives from the uncertainty we often feel about technology, and the sense that something unsettling might reside in its glitches.

Although a final version is still in the works by its creator, XRA, you can download a less polished prototype for free if you'd like to get a taste of it.