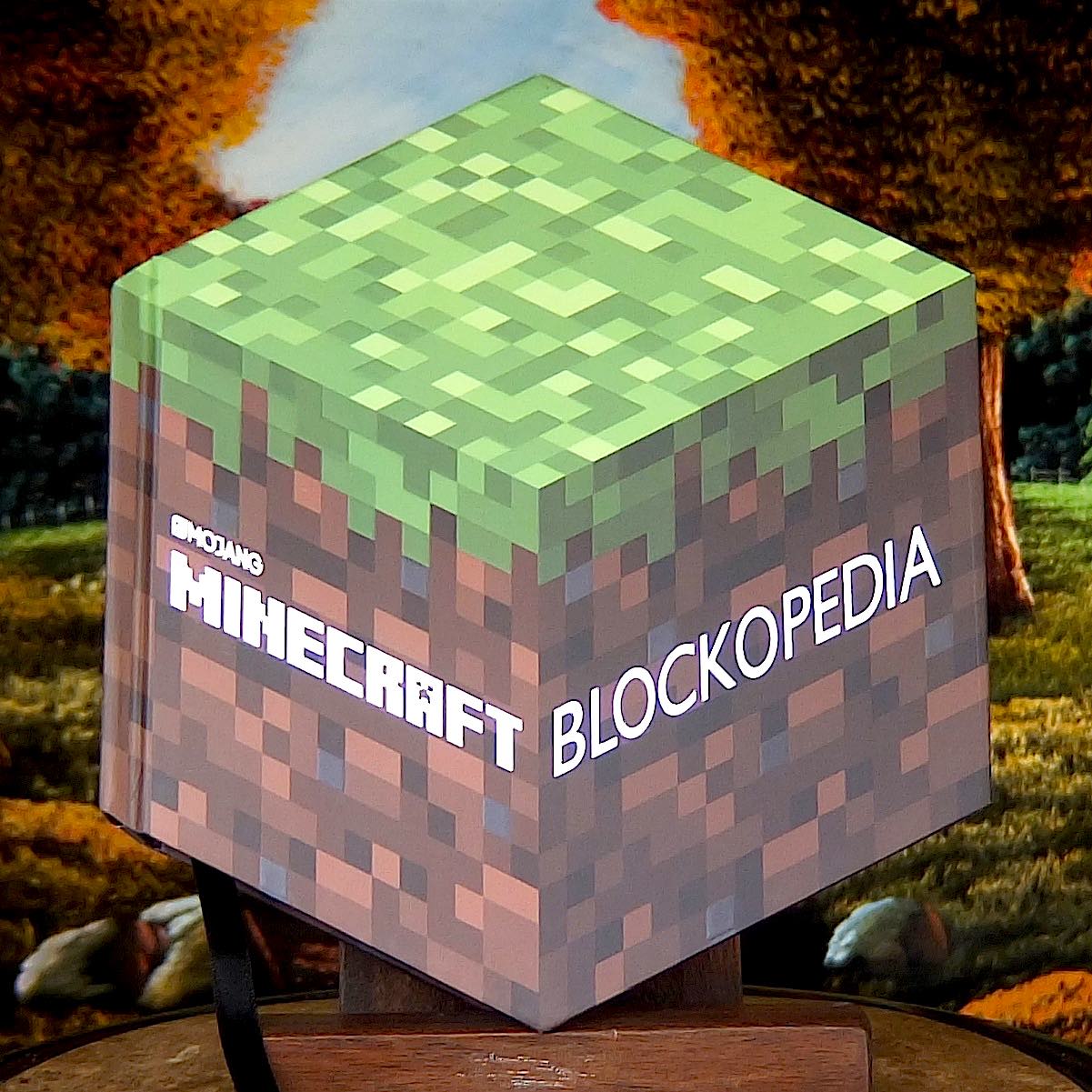 Shaped like a hexagon to mimic the dimensions of a cube, Minecraft: Blockopedia is designed for full-on Minecraft geeks, although those of us who have only watched the game over the shoulders of children and loved ones will find plenty to admire here too. After the briefest of introductions and a quick glossary to help noobs make sense of the stats that accompany each block’s name, it’s off to the races, with page after page devoted to blocks made from rocks, blocks made from plants, blocks that serve particular functions (a ladder), and blocks that do particular things (acting as a switch).

One of the coolest characteristics about Minecraft is how it chooses to observe the laws of nature and physics, or ignore them. Sand, we are told, can be a cave-in hazard, but when it’s smelted in a furnace, it turns to glass. Both statements are true, but don’t go looking for glowstone the next time you’re spelunking – it is only found in a sinister dimension of Minecraft called the Nether. And while sugar cane in both the real world and the Overworld of Minecraft can be used to make sugar, guess where it can also be used to block flowing lava?

Though the format and illustrations in Minecraft: Blockopedia are the book’s most prominent features, it’s still a book filled with lots and lots of, you know, words. Writer Alex Wiltshire mostly plays it straight (“Water is incredibly useful.”), but often he lets the language and logic of Minecraft add color, as in “Sticky pistons are made by crafting a piston with a slimeball…” and “If you dig podzol without the silk touch enhancement it drops dirt.” Got that?