A software developer's version of the CIA's bureaucratic sabotage manual 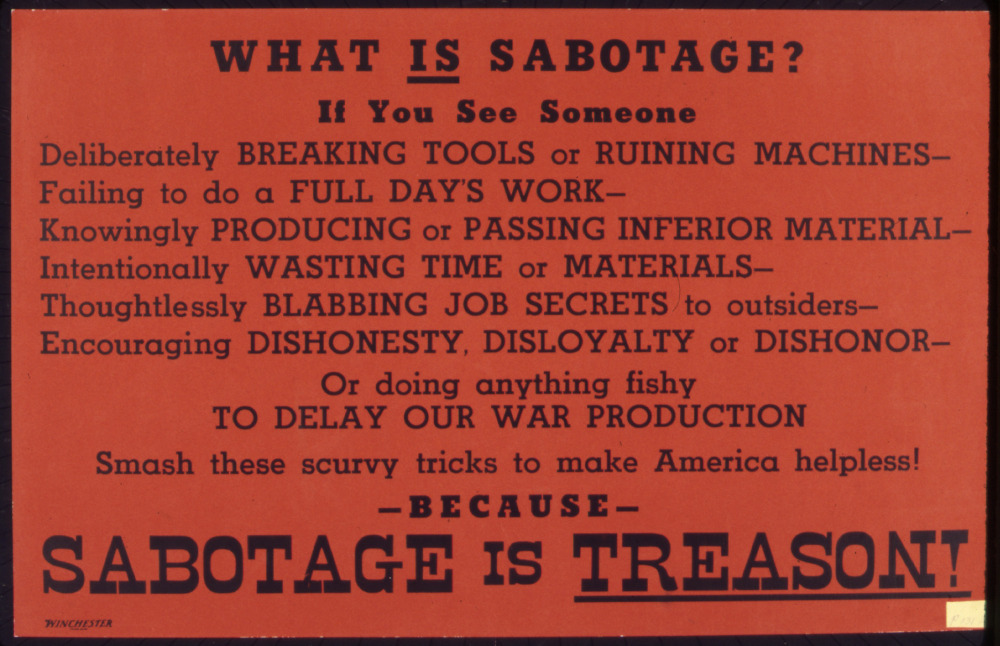 The Simple Sabotage Field Manual was published in 1944 by the Office of Strategic Services, the agency that came to be the CIA: it outlined simple tactics for putting bureaucratic grit in the wheels of occupied countries, for example, by referring key decisions to committees and then obstructing the work of those committees.

It's become a modern classic because so many of its recommendations are eerily similar to the kinds of measures we see people getting up to in our corporations and governments, seemingly without the explicit desire of destroying society. It's as if the OSS just did a survey of the foibles of modern culture and wrote them up as a sabotage manual in a work of weird, classified satire: "Just look at your co-workers and bosses. If they had set out to destroy our society, they could not be doing any better. With friends like these, who needs enemies?"

Charlie Stross notes that, while the OSS's original recommendations still hold, the world of software development has opened up all kinds of new opportunities for bureaucratic sabotage, much of which can be readily observed in the wild.

He's made a list, but he's seeking your contributions.

1. Obviously, engineers and software developers (who require deep focus time) need to be kept in touch with the beating heart of the enterprise. So open-plan offices are mandatory for all.


2. Teams are better than individuals and everyone has to be aware of the valuable contributions of employees in other roles. So let's team every programmer with a sales person—preferably working the phones at the same desk—and stack-rank them on the basis of each pair's combined quarterly contribution to the corporate bottom line.

3. It is the job of Human Resources to ensure that nobody rocks the boat. Anyone attempting to blow whistles or complain of harrassment is a boat-rocker. You know what needs to be done.

4. Senior managers should all be "A" Players (per Jack Welch's vitality model—see "stack ranking" above) so we should promote managers who are energetic, inspirational, and charismatic risk-takers.

5. The company must have a strong sense of intense focus. So we must have a clean desk policy—any personal possessions left on the desk or cubicle walls at the end of the day go in the trash. In fact, we can go a step further and institute hot desking—we will establish an average developer's workstation requirements and provide it for everyone at every desk.