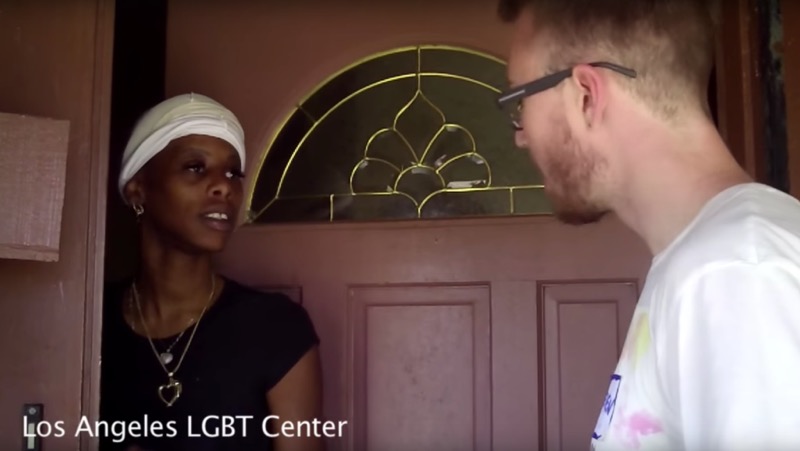 Oddly enough, we don’t know very much about how to change people’s minds on social issues, not scientifically. That’s why the work of the a group of LGBT activists in Los Angeles is offering something valuable to psychology and political science – a detailed map of uncharted scientific territory.

Over the last eight years, and through more than 12,000 conversations, The Leadership LAB has developed a new kind of persuasion they call deep canvassing. Volunteer’s go door-to-door, talking to strangers, and often change their attitudes about things like same-sex marriage and transgender rights.

Unfortunately, the first scientist to measure the technique’s effectiveness also committed scientific fraud by copy/pasting some data from another study and cutting corners in other ways, creating a wave of negative publicity that threatened the reputation of the people who created the technique, even though they were just the subjects of the study and not involved in the wrongdoing.

In the show, you will meet two scientists who uncovered the fraud and got the paper retracted, and then decided to go ahead and start over, do new research themselves, and see if the persuasion technique that the original researcher was supposed to be studying truly worked.

Can you reduce prejudice with a single 20-minute conversation? Can you flip people’s opinions in just one encounter? Learn what the latest science has to say about deep canvassing in this episode of the You Are Not So Smart Podcast.

This episode is sponsored by The Great Courses Plus. Get unlimited access to a huge library of The Great Courses lecture series on many fascinating subjects. Start FOR FREE with The Inexplicable Universe: Unsolved Mysteries taught by
Neil deGrasse Tyson. Everything we now know about the universe—from the behavior of quarks to the birth of entire galaxies—has stemmed from scientists who’ve been willing to ponder the unanswerable. Click here for a FREE TRIAL.

This episode is also sponsored

by Casper Mattresses. Buying a Casper mattress is completely risk free. Casper offers free delivery and free returns with a 100-night home trial. If you don’t love it, they’ll pick it up and refund you everything. Casper understands the importance of truly sleeping on a mattress before you commit, especially considering you’re going to spend a third of your life on it. Get $50 toward any mattress purchase by visiting www.casper.com/sosmart and using offer code “sosmart.” Terms and Conditions Apply.

This episode is also brought to you by Mack Weldon who believes in smart design, premium fabrics and simple shopping. All of their products (shirts, socks, sweats, underwear) are naturally antimicrobial (which means they eliminate odor). They want you to be comfortable, so If you don’t like your first garment, you can keep it, and they will still refund you. No questions asked. Go to MackWeldon.Com and get 20% off using promo code SOSMART.

Dave Fleischer has been a professional mind changer for more than 30 years, and has directed the Leadership LAB since 2010. Previously, he created the Gay & Lesbian Victory Fund and worked as an organizer for the National LGBTQ Task Force.

Joshua Kalla is a PhD student at the University of California Berkley. He studies political science and how voters make and change their minds.

David Brookman is an Assistant Professor at Stanford’s Graduate School of Business and studies political science as well as persuasion and perspective taking.

Laura Gardiner (at the time of this recording) was the national mentoring coordinator for the Leadership LAB and helped manage their experimental persuasion canvassing project. Laura spent eight years with the team before moving on to other pursuits.

Steve Deline is a field organizer at the Leadership LAB. He started as a volunteer in 2009 and helped create the LAB’s video documentation project, which, according to their website, “has since captured more than 2,000 conversations between canvassers and voters on film and become integral to the team’s ability to develop new approaches to persuasion.”

In every episode, after I read a bit of self delusion news, I taste a cookie baked from a recipe sent in by a listener/reader. That listener/reader wins a signed copy of my new book, “You Are Now Less Dumb,” and I post the recipe on the YANSS Pinterest page. This episode’s winner is Deanna Klingbeal who sent in a recipe for chocolate waffle cookies. Send your own recipes to david {at} youarenotsosmart.com.

Image courtesy of The Leadership LAB, screenshot of video linked above.