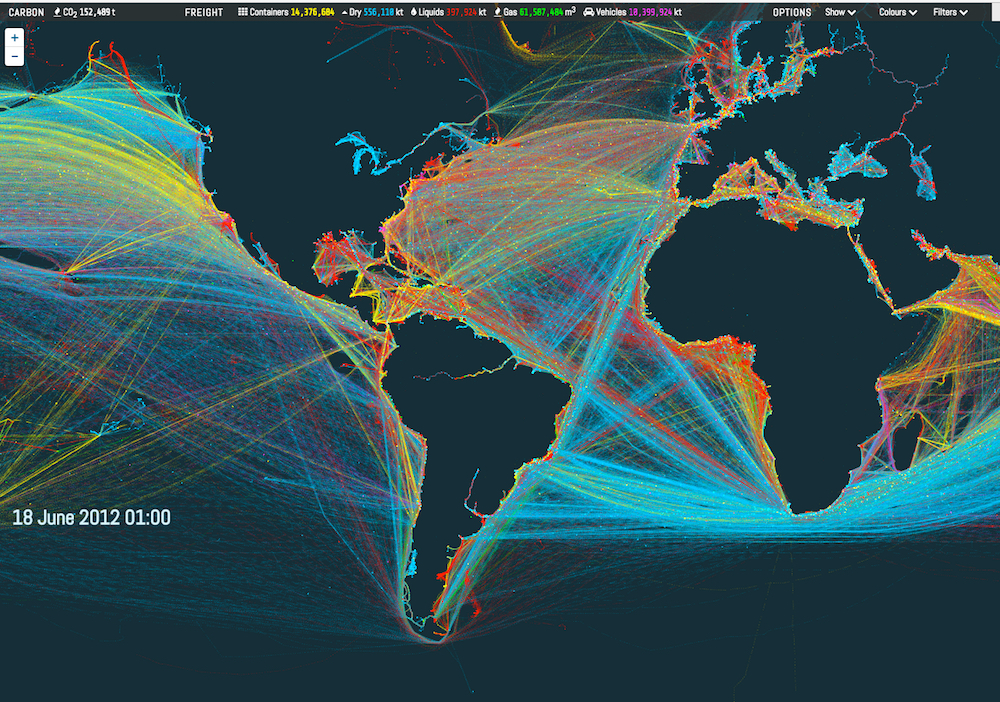 The map was generated with 2012 data from the UK-based UCL Energy Institute, which looks at "the challenges of climate change and energy security."

UCL EI took data showing location and speed of ships and cross-checked it with another database to get the vessel characteristics, such as engine type and hull measurements. With this information they were able to compute the CO2 emissions for each observed hour, following the approach laid out in the Third IMO Greenhouse Gas Study 2014. Kiln took the resulting dataset and visualized it with WebGL on top of a specially created base map, which shows bathymetry (ocean depth), based on the GEBCO_2014 Grid (version 20150318), as well as continents and major rivers from Natural Earth.

It's cool to see what kinds of shipping dominate each port, and what trade routes get used. It even shows shipping in North America's Great Lakes.