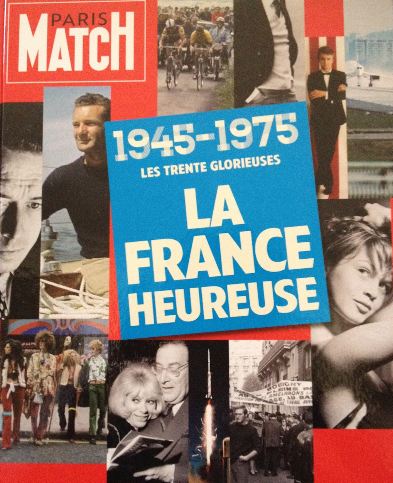 Stanford history and classics professor Walter Scheidel writes in the Atlantic that the only reliable ways for unequal societies to become more equal is to suffer catastrophes that upend the order of things; Scheidel concludes that our modern, unequal state may not be able to avail itself of a convenient catastrophe for this purpose because "Technology has made mass warfare obsolete; violent, redistributive revolution has lost its appeal; most states are more resilient than they used to be; and advances in genetics will help humanity ward off novel germs."

Scheidel's ideas echo some of the most salient points in Thomas Piketty's essential Capital in the 21st Century, with key differences. Piketty also shows that great catastrophes are intrinsically redistributive, but in Piketty's version of the story, it's not just that the wealth gets spread around because key players are taken off the board -- rather, the massive destruction of capital wipes out the fortunes of the super-rich who have enjoyed the power to distort policy priorities to keep them as rich as possible, regardless of the consequences to everyone else. The two World Wars, for example, ushered in the period of great redistribution and broadly shared prosperity (the French call the years from 1945-1975 "Les Trente Glorieuses," the Thirty Glorious Years, when the welfare state was built). This was possible only because the rich and powerful had seen their fortunes devastated by the wars, which shrank their power to push against redistributive policies, including trade unionism, tenants' rights, and the provision of public services like health care, education and eldercare.

Piketty also has a different gloss on the causal relationship between catastrophe and inequality. Inequality creates instability, which leads to catastrophe, which flattens inequality. Letting the super-rich dictate policy in the two wars and the interwar years (when bondholders from WWI refused to allow governments to default on their war debts) created the hyperinflation and other factors that led to the second war.

A contemporary version of this: climate denial is profitable for a small number of hydrocarbon barons (the Koch Brothers, for example), but is intrinsically destabilizing because it will lead to flooding, famine, epidemics, migration crises and so on. I think there's a case to be made that at least some denialists have made cynical peace with this fact and are planning to weather the centuries of disorder by amassing so much wealth before it hits that they can effectively secede from the human race.

So I think Scheidel is half right: catastrophe can indeed level out inequality, but that's because inequality is so unstable and catastrophe-prone.

Even the most progressive welfare states of continental Europe are now struggling to compensate for the widening income disparities that exist before taxes and transfers. In the coming decades, the dramatic aging of rich countries and the pressures of immigration on social solidarity will make it ever harder to ensure a fairly equitable distribution of net incomes. And on top of everything else, ongoing technological change might boost inequality in unpredictable ways, from more sophisticated automation that hollows out labor markets to genetic and cybernetic enhancements of the privileged human body.

Greatness remains in the eye of the beholder: making America more equal again will prove the more daunting challenge. Whereas incremental policy measures to shore up the fortunes of the middle class are both desirable and feasible, the past suggests there is no plausible way to vote, regulate, or teach society back to the levels of equality enjoyed by the postwar generation. History cannot predict the future, but its message is as unpalatable as it is clear: With the rarest of exceptions, great reductions in inequality were only ever brought forth in sorrow.