Just looking at this camera obscura makes me happy 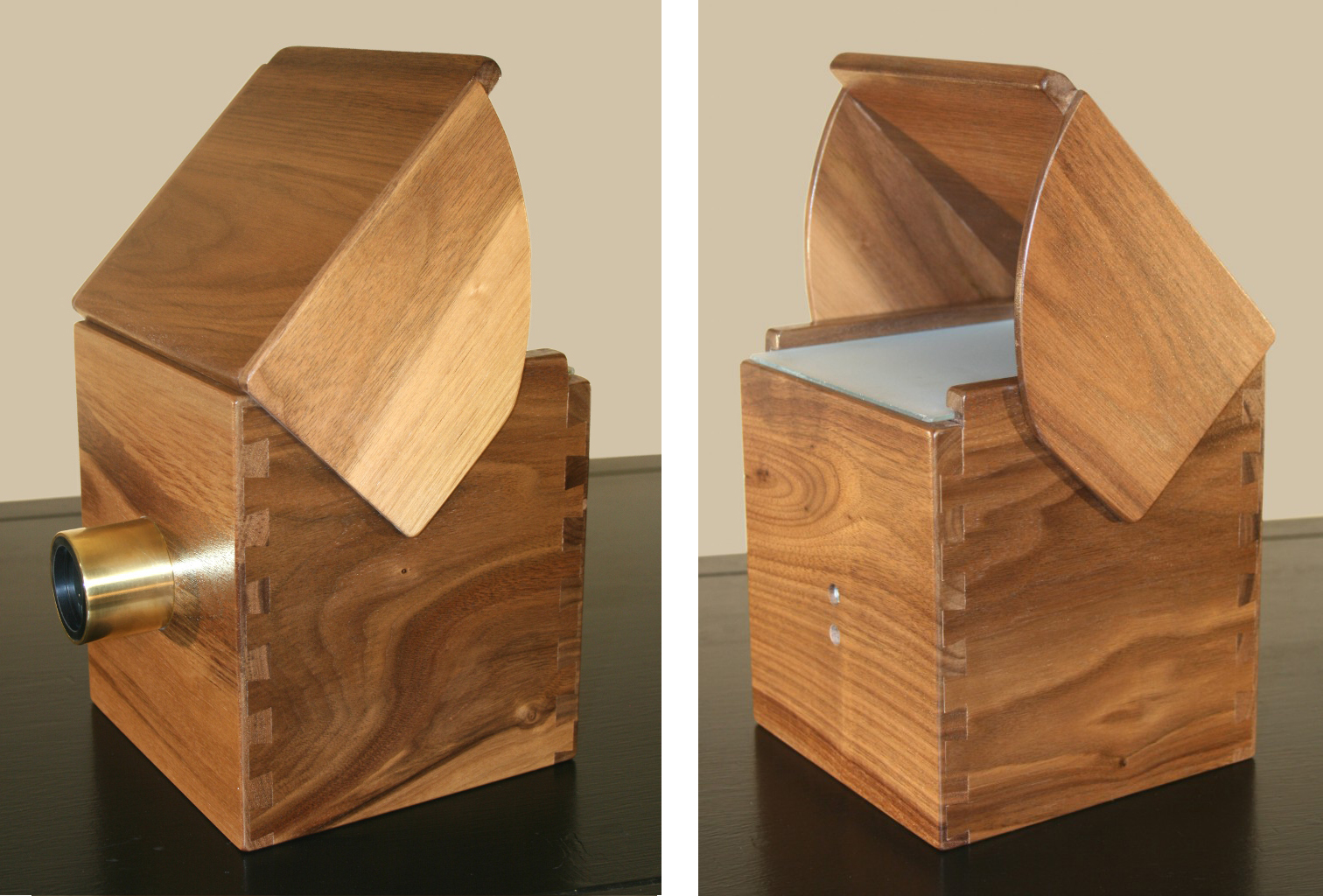 I have a thing for beautiful wooden boxes, and I absolutely lose my mind when they perform magical feats. My friend Les Cookson recently sent me a prototype of a Camera Obscura he’s been working on and just looking at it makes me happy. His design is based on a principle that’s been around since 500 BC and it's exactly what I enjoy sharing.

When the camera faces an object or image, rays of light enter though a convex lens and projects a reverse image toward the back end of the darkened box.  A mirror intersects the image and makes it viewable through a glass plate at the top where it can be traced or photographed. This is an excellent artist's tool for getting a quick sketch for proportion and layout as you can draw right on top of the glass.

The images produced by the device are surprisingly otherworldly and here's something that will definitely seem crazy – it is possible to turn any room in your home into a Camera Obscura by blocking out all light and cutting a small hole in the window covering.  I just came across the video below and I want to try this out for myself.

The science behind how the Camera Obscura and the human eye takes in imagery is similar.   Just as the lens of the Camera lets light waves in and reverses them, so does the lens of the eye.   The difference is that our brain automatically mirrors what’s taken in so that we see things as they should be.

In 1646 Athanasius Kircher took things to a new level when he developed a Camera Obscura in the round when he placed 2 darkened boxes inside of one other.

In his design, each of the 4 walls had lenses at their center that projected surrounding views onto stretched paper. An artist could trace what he saw and in the end have a perfectly captured, 360° view of the outside environment.

This idea of multiple views taken with the same Camera Obscura has been refined and reused for hundreds of years.

If you’re a fan of ancient visualization techniques or a master painter in the making, you can’t go wrong with Les Cookson’s Camera Obsucra.  I'm very much looking forward to playing around with mine and I've already begun the process of blacking out my living room in the name of photographic science.