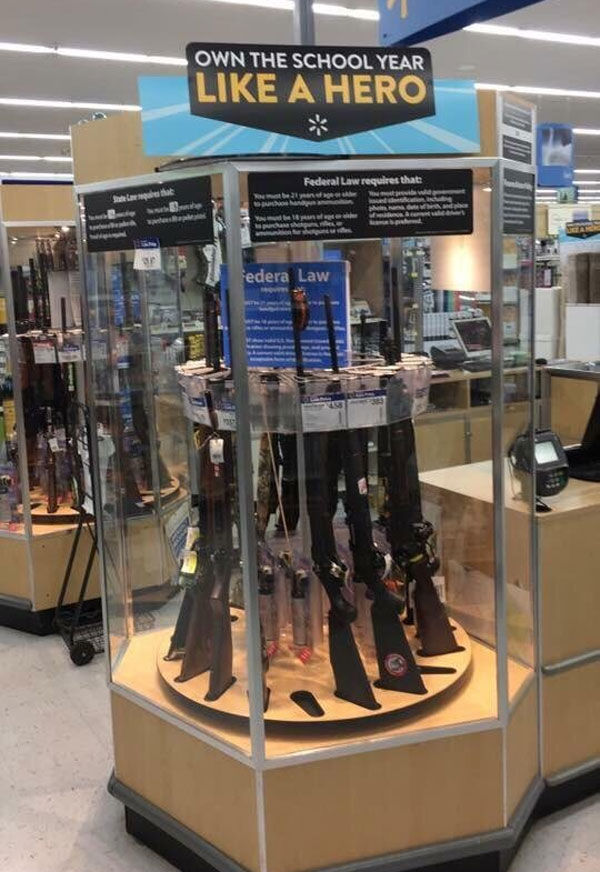 UPDATE BELOW: Walmart says it was a "prank" but doesn't say what evidence they have or identify the prankster.


Someone snapped this astounding photo at a Walmart where one of their "Own the school year like a hero" marketing campaign signs was displayed on a case of rifles.

Walmart's Charles Crowson told CNNMoney that they're "not happy" about this and is "working diligently" to make sure the sign is gone.


The company initially stated that they identified the store location and removed the sign but according to Crowson, they were mistaken and actually still trying to find it.


UPDATE from the Associated Press:

“We have definite proof it was a prank,” Walmart spokesman Charles Crowson told The Associated Press on Friday evening...


Crowson wouldn’t say what proof the company had: Was an image manipulated? Did a customer move a sign for a joke? Did an employee deliberately or inadvertently place the “Own the School Year” sign on the wrong display?