Is $17 toothpaste worth the price? 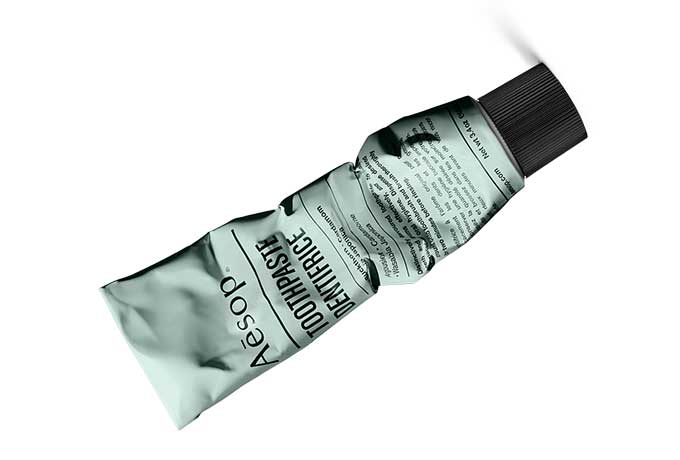 Australian personal care company Aesop recently released a toothpaste infused with sea buckthorn, cardamom, and wasabi. At $17 a tube (60ml) and no promise of dramatically whiter teeth or immunity from cavities, what's the draw? Does it work, and is it worth the price?

While some find coffee to be the perk of the morning, fancy soaps, shampoos, or lotions are what get others ready for the day. Like any of the others products from Aesop, the natural and unconventional ingredients, which include jojoba, rosehip, or parsley seed, really do freshen up the time spent washing hands or brushing teeth. The wasabi in this toothpaste leaves the mouth feeling fresh in a way that other toothpastes don’t (you can try it in stores; they are also very generous with samples). There is no intense minty aftertaste, but that doesn’t mean you don’t feel fresh all morning after using this product.

It is fluoride-free, which may or may not be a deal-breaker. This should not replace regular visits to the dentist, but for $17 it's a relatively inexpensive way to add some luxury to your day. Whether you want to make a switch to novel products, ritualize the morning at-sink routine, or are shopping for gifts, the new Aesop toothpaste is something enjoyable and very unique.