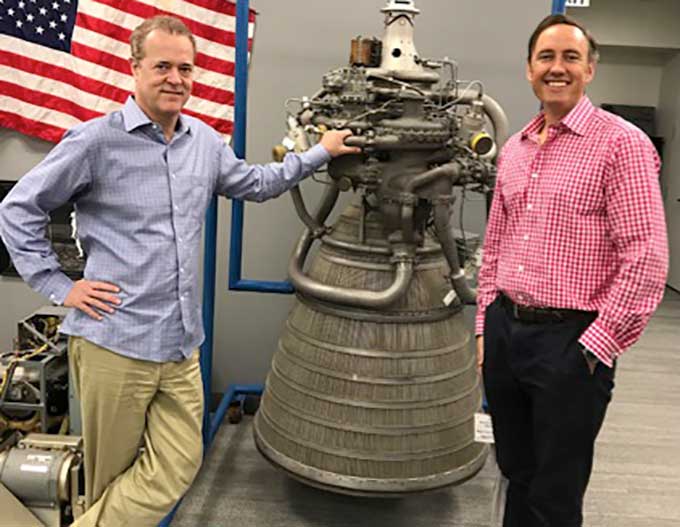 Hit Play, below, to hear a wide-ranging interview with venture capitalist Steve Jurvetson, whose shrewd bets include backing Elon Musk in ventures like Tesla and SpaceX. Steve and I talk a bit about Elon in our interview. But we mainly focus on quantum computing - a subject he knows cold from his decade and a half on the board of D-Wave Systems, the world’s largest quantum computing company.

This is the fifth episode of my podcast series (co-hosted by Tom Merritt), which launched here on Boing Boing last month. The series goes deep into the science, tech, and sociological issues explored in my novel After On -- but no familiarity with the novel is necessary to listen to it.

Quantum computing’s potential to reshuffle the technological deck has long fascinated me as a science fiction writer. Its maximum potential is immense – and indeed, rather terrifying (after conferring with quantum computing’s brainfather, David Deutsch, the New Yorker famously decreed that “With one millionth of the hardware of an ordinary laptop, a quantum computer could store as many bits of information as there are particles in the universe.”)

That potential is also almost completely unfulfilled for now. Major breakthroughs in the field could therefore impact our capabilities in highly volatile ways. And sudden, discontinuous change is catnip to anyone whose job involves setting tech-driven tales in the present day.

In our interview, Steve and I discuss the fundamental weirdness behind quantum computing’s potentially awesome power. When asked about that power’s source, physicists generally offer one of two answers, according to Steve. One is that vast sets of identical sister computers in parallel universes team up with our local quantum computer to crunch numbers. The other is to shudder and say, “I don’t want to talk about it.”