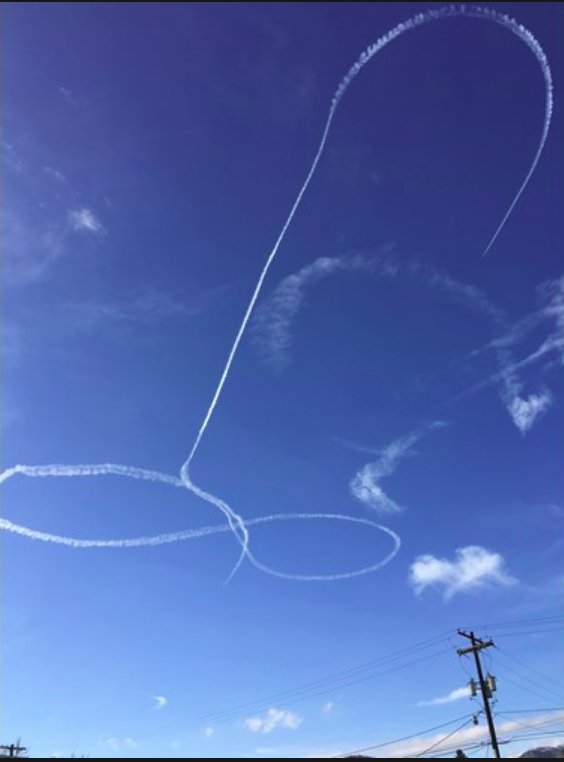 A spokesman from Naval Air Station Whidbey Island in Ault Field, WA, said of the unnamed crew behind the giant sky-dong, "we find this absolutely unacceptable, of zero training value and we are holding the crew accountable."

The FAA will not take action, because "unless the act poses a safety risk, there is nothing they can do about." An FAA official said the agency "cannot police morality."