Do trees really talk to each other? 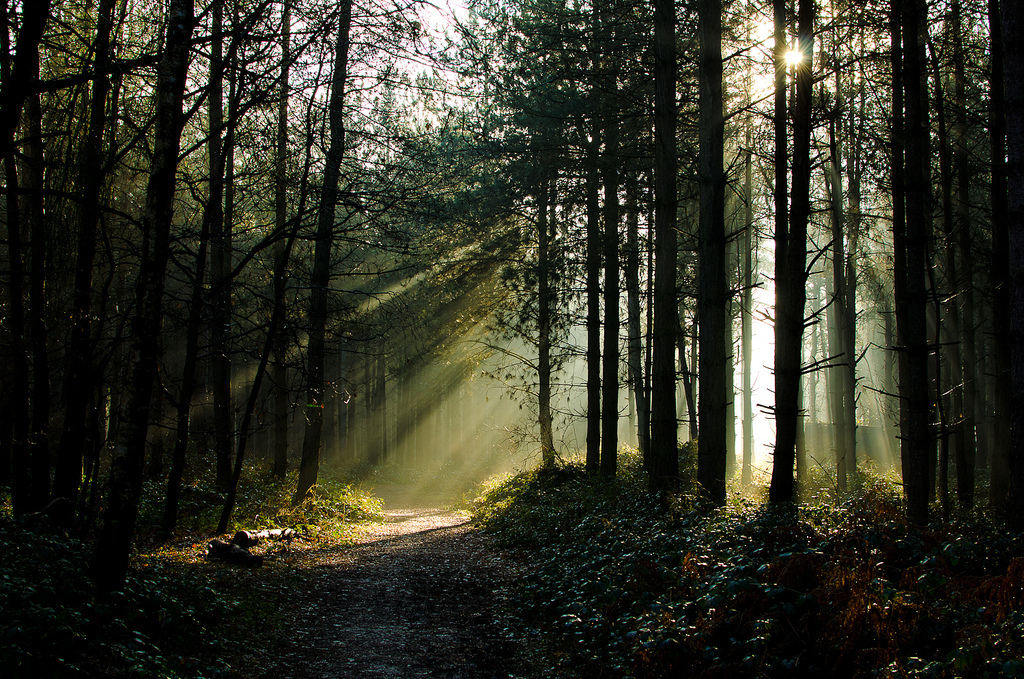 There's a good, long piece in this issue of Smithsonian about the scientific debate over whether trees talk to one another.

Trees certainly communicate. In forests, they're connected to each other through underground fungal networks (sometimes jokingly referred to as the "wood wide web"), and they'll send carbon back and forth as needed, as ecologist Suzanne Simard explained in her wildly viral TED Talk on tree-to-tree networks.

But while scientists agree that trees pick up on each other's signals, there's a question of intent. Are the trees intentionally trying to send messages to other trees? Or are they just broadcasting messages ambiently -- in the matter of course of, y'know, being trees -- that other trees just happen to pick up? Are some tree scientists overly anthropomorphizing trees, with talk of tree "mothers" that warn their child-trees of danger, or younger trees that actively try to keep alive elder, progenitor trees?

It's a damn cool area of science, either way. Here's a taste of the Smithsonian piece, which is really worth reading in full:

Once, he came across a gigantic beech stump in this forest, four or five feet across. The tree was felled 400 or 500 years ago, but scraping away the surface with his penknife, Wohlleben found something astonishing: the stump was still green with chlorophyll. There was only one explanation. The surrounding beeches were keeping it alive, by pumping sugar to it through the network. “When beeches do this, they remind me of elephants,” he says. “They are reluctant to abandon their dead, especially when it’s a big, old, revered matriarch.”

To communicate through the network, trees send chemical, hormonal and slow-pulsing electrical signals, which scientists are just beginning to decipher. Edward Farmer at the University of Lausanne in Switzerland has been studying the electrical pulses, and he has identified a voltage-based signaling system that appears strikingly similar to animal nervous systems (although he does not suggest that plants have neurons or brains). Alarm and distress appear to be the main topics of tree conversation, although Wohlleben wonders if that’s all they talk about. “What do trees say when there is no danger and they feel content? This I would love to know.” Monica Gagliano at the University of Western Australia has gathered evidence that some plants may also emit and detect sounds, and in particular, a crackling noise in the roots at a frequency of 220 hertz, inaudible to humans.

Trees also communicate through the air, using pheromones and other scent signals. Wohlleben’s favorite example occurs on the hot, dusty savannas of sub-Saharan Africa, where the wide-crowned umbrella thorn acacia is the emblematic tree. When a giraffe starts chewing acacia leaves, the tree notices the injury and emits a distress signal in the form of ethylene gas. Upon detecting this gas, neighboring acacias start pumping tannins into their leaves. In large enough quantities these compounds can sicken or even kill large herbivores.

Giraffes are aware of this, however, having evolved with acacias, and this is why they browse into the wind, so the warning gas doesn’t reach the trees ahead of them. If there’s no wind, a giraffe will typically walk 100 yards— farther than ethylene gas can travel in still air—before feeding on the next acacia. Giraffes, you might say, know that the trees are talking to one another.