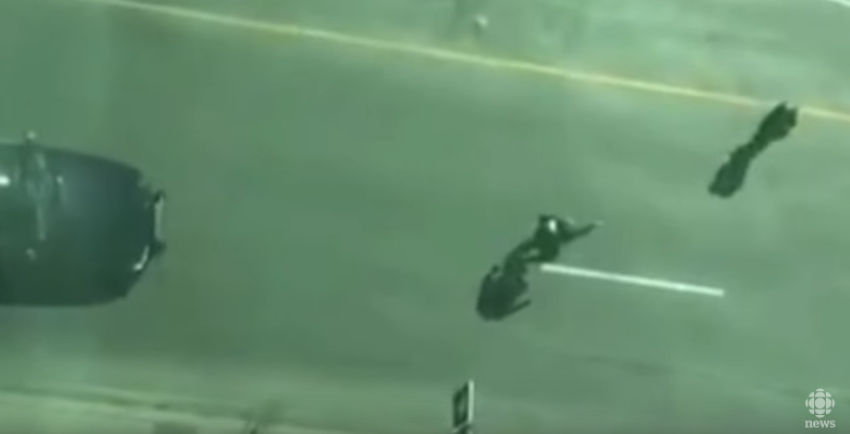 Yesterday, Seamus noted here the remarkable act of policing in Toronto this week: A man had just killed ten people, and injured many more, by driving into them with a van -- and he was apprehended by a single police officer who never fired a shot.

Today, the New York Times has a detailed, step-by-step reconstruction of how Toronto constable Ken Lam did this. It turns out he executed, nearly perfectly, the de-escalation techniques that Toronto police training has in recent years emphasized -- training designed specifically to prevent the jittery, screaming, confrontational police encounters we've seen too often in the US, which end in dead-and-unarmed suspects.

As the Times describes it:

After Mr. Minassian stopped the van, he was encountered by Constable Lam. Video recordings of that high-stress confrontation, captured by a number of bystanders and stitched together by The New York Times, tell a story that can be dissected, step by step.

First, Constable Lam turned off the siren blaring from his car. This immediately lowered the temperature, experts said, making it easier for him to communicate with the suspect. Also, by leaning into the car, the officer is indicating that he is not in a rush.

“It is about slowing things down, using time and distance to de-escalate the situation,” said Chuck Wexler, the executive director of the Washington-based Police Executive Research Forum, which develops best policing practices. “The most important thing at a time like this is time and communications.”

Constable Lam continues to shout, loudly but calmly, “Get down.” The suspect replies, “Kill me.”

“No, get down,” Constable Lam repeats.

When the suspect yells that he has a gun in his pocket, Constable Lam replies: “I don’t care. Get down.”

Learning how to handle situations like this — known as suicide-by-cop — is part of the training, former Deputy Chief Federico said.

“It’s clear the officer is listening and is not worried,” he said. “He’s not going to act out of fear. We train police officers to not in any way be provoked.”

It's worth reading the rest of the encounter in full, if you can. Once Lam determined the suspect didn't actually have a gun, he backed away, holstered his own gun, and took out his baton -- all actions designed again to de-escalate the situation and encourage the suspect to stand down. It worked: The suspect eventually lay face-down with his hands behind his back, so Lam could handcuff him.

“This is going to be a great training video in the future,” as one former police-department head commented.

I'd be interested to know whether Toronto's police training deals with racist reactions, conscious or unconscious, that officers have to suspects, since that clearly plays into many of the escalations we've seen here in the US.

The CBC also did a good segment analyzing this as a textbook case of de-escalation, including many smartphone video clips from people who were on the scene; that picture above is from the video ...