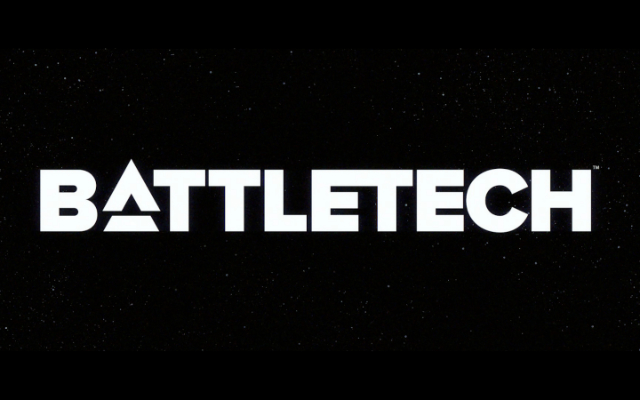 In 1998, I peed a little when a game called MechCommander was released. It let you kit out and command a lance of battlemechs and fight! But it was a real-time strategy—the experience I wanted was that of a table top game. Turns in table top games take time. Rules have to be double checked, movement is counted out in squares or hexes. Nerd country. 20 years later, Harebrained Schemes has finally given me the gaming experience I’ve always wanted with Battletech. It’s a turn-based combat game set in the Battletech universe. There are tanks on legs, there is tech jargon. You can ‘paint’ your ‘mechs in whatever colors you please. Best of all, I don’t need a single person to play the damn thing with.

In the game, which offers enough of a storyline to give the skirmishes you fight in a sense of meaning, you play as the commander of a mercenary company operating in a backwater section of the galaxy. Signing on to assist a former patron retake her rightful place at the head of a sizable interplanetary government, you and your team of mechwarriors will grow in skill and, with luck, come to pilot heavier, more menacing battlemechs as the game progresses. Manage your company’s money, personnel and hardware right, and you’ll succeed. Misstep on any of these and you’re done. It’s a thing of beauty.

I know I do: I love how the game rewards players for understanding how to leverage the landscape and climate of a given combat zone. That the environment can change how efficiently your mechs operate during combat is a source of sadistic pleasure to me. The game’s UI is full of information—perhaps too much, at times—of what parts of your battlemechs have been damaged, where you’ve damaged the enemy, remaining ammunition, heat buildup in your war machines, whether your pilots have been injured and which weapons can be effectively fired at range. Line of site, indirect fire, blowback or instability caused by enduring a physical attacks—it’s all stuff that needs to be considered during a battle to see who comes out on top. If you do get through a mission with most of your assets intact, you’ll be paid well, be it in salvage of equipment from the field or in currency. Hopefully, it’s enough to keep your mercenary company going for another month.

Overall, I really enjoyed playing BattleTech, with one caveat: my computer is, so far as gaming goes, a piece of crap. On a 2015 MacBook Pro, even while running Windows 10 on Bootcamp, load times and the spaces between turns felt like eras passing me by. That’s not the fault of the game: but I’m mentioning it as a warning to you: Just because your computer can run this game, it doesn’t mean it’ll run it well. That, despite having to turn the graphics all way down, I still stuck with it through its painfully slow gameplay, says a lot about Battletech.

If you’re a fan of the Battletech universe, love turn-based combat or need a break from MMOs or shooters, I recommend it.