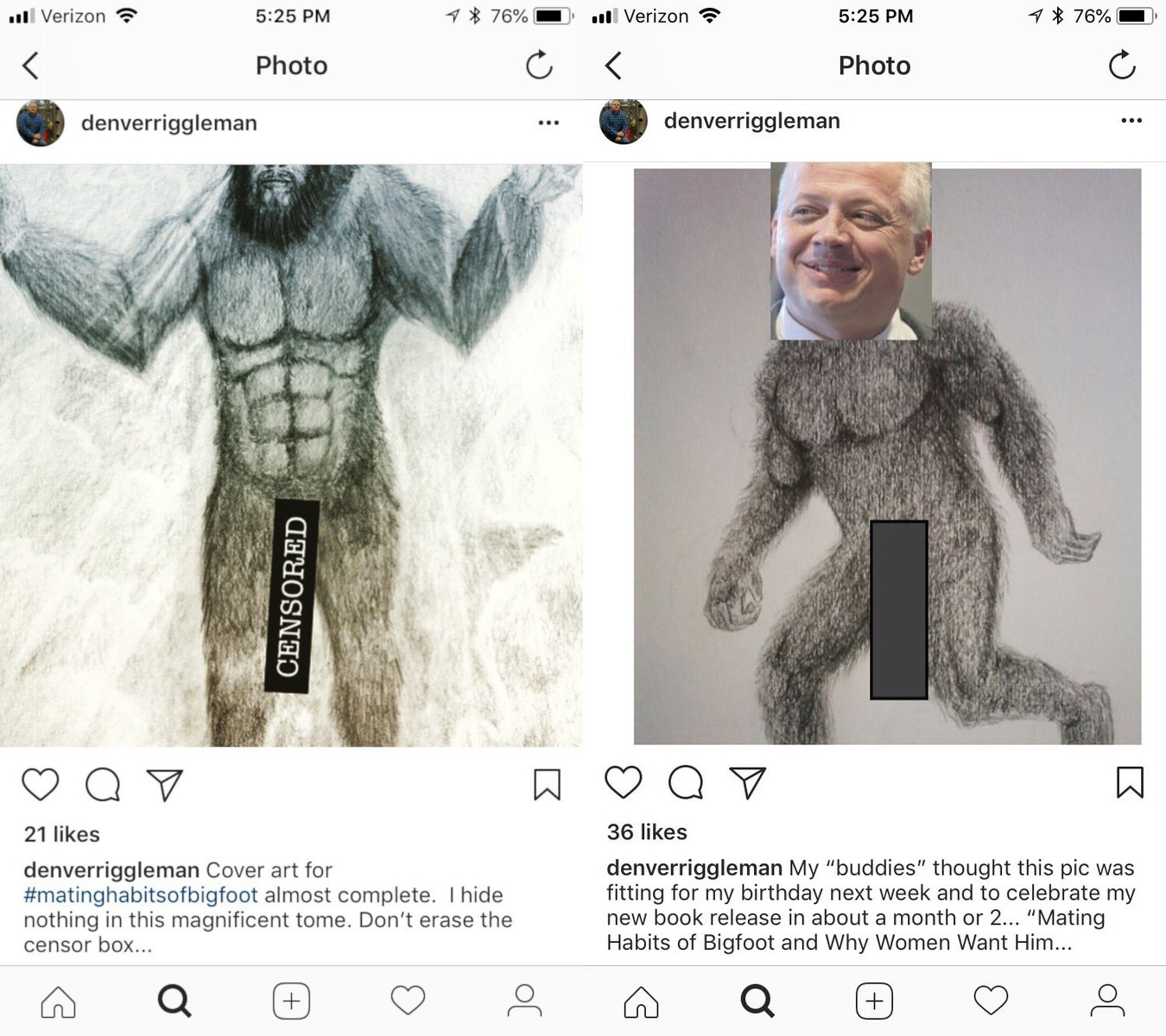 Hanging out with Nazis while trying to get elected to high office in a district that includes Charlottesville is pretty politically charged, but now Riggleman has been caught posting "bigfoot erotica" to his social media accounts.

Yesterday, Riggleman's Democratic opponent Leslie Cockburn tweeted a screengrab from Riggleman's Instagram depicting a naked Sasquatch adorned with a black CENSORED bar over the crytid's genital area. Cockburn captioned her tweet: "My opponent Denver Riggleman, running mate of Corey Stewart, was caught on camera campaigning with a white supremacist. Now he has been exposed as a devotee of Bigfoot erotica. This is not what we need on Capitol Hill."

Riggleman is the author of a self-published book called "Mating Habits of Bigfoot and Why Women Want Him," which may be a followup to his decade-old, co-authored book "Bigfoot Exterminators Inc.: The Partially Cautionary, Mostly True Tale of Monster Hunt 2006."

Both Cockburn and Riggleman are hoping to win the seat previously occupied by the disgraced Republican Tom Garret, who resigned after a scandal about treating his staff like "personal servants." Garret blamed his conduct on alcoholism.

“Leslie has been traveling throughout the district meeting with real people about real issues that matter to them,” Louise Bruce, Cockburn’s campaign manager, told The Daily Progress on Sunday. “Meanwhile, Mr. Riggleman is home scrubbing his social media of ‘Bigfoot erotica’ and who knows what else.”

Riggleman refuted Cockburn’s characterization of the Bigfoot material, telling The Daily Progress that the drawings unearthed by his opponent are not erotica, but a “joke his military friends played on him.”