Chinese students, made to study Communism, are rising up for workers' rights 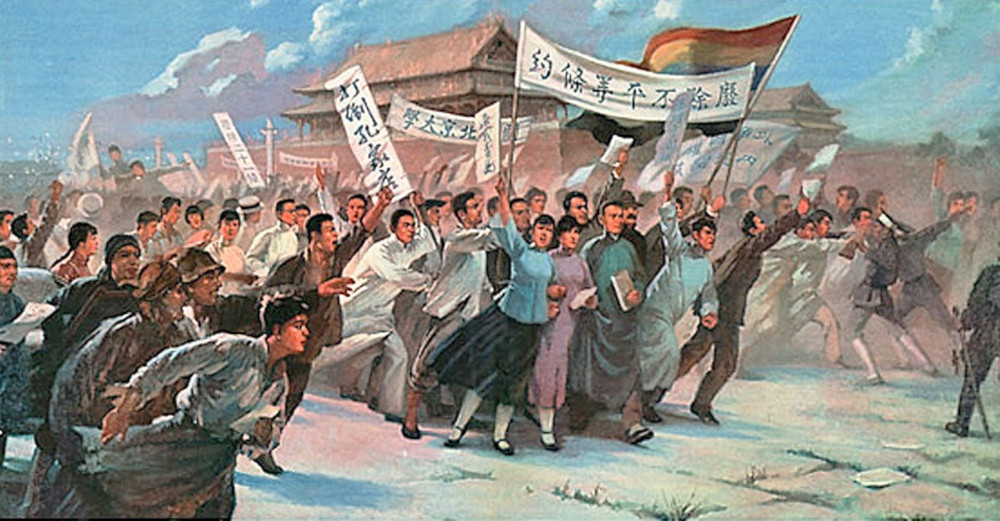 In 1989, the Chinese government slaughtered pro-democracy student activists whose commitment to justice swept the nation; now they're facing a new student uprising, one comprised of ardent Communist youth whose state-mandated education in the works of Marx, Lenin and Mao have prompted them to stand up for oppressed workers who labor in the for-profit factories that have flourished since the Deng reforms.

President Xi has pursued a program of increased, unchecked personal power and a movement away from western media influences; as part of this, Chinese curriculum has pursued a new emphasis on Communist literature.

The Communist students staged mass, illegal demonstrations in Huizhou in sympathy with a wildcat workers' strike, bearing portraits of Mao, singing socialist anthems, and chanting "You are the backbone of the working class! We share your honor and your disgrace!"

On August 24, police cracked down on the students, arresting 50 organizers in raids as they sang "The Internationale" in Chinese. Some organizers remain in prison, accused of being secret agents of foreign powers.

Communist student movements are springing up all over China, and local police are cracking down on their leaders.

The dispute in Huizhou began in July, after Jasic Technology, a manufacturer of welding equipment, prevented its workers from forming an independent union. China allows labor organizing only under the auspices of the official, party-controlled All-China Federation of Trade Unions.

The workers said managers had seized control of their branch of the official union. Complaining of being underpaid and treated like slaves, they began to organize a petition before the police intervened and detained several of them.

The young activists learned of the workers’ plight on internet messaging apps and took up their cause, with about 40 students and recent graduates going to Huizhou, a manufacturing hub of 4.8 million people in Guangdong Province. Hundreds of others spoke out in support online — so many that several universities warned students not to go to Huizhou.